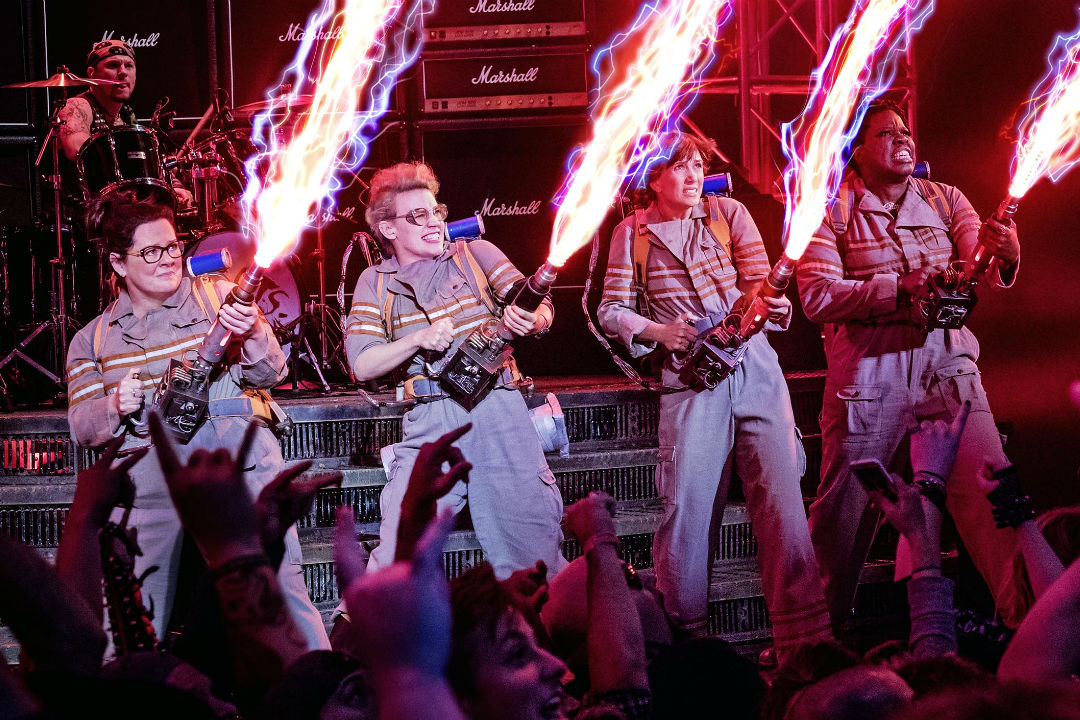 Whatever your feelings are on the new Ghostbusters movie (good or bad), it’s likely pretty tough to deny that the special effects incorporated in the film are very impressive. I know I’ve been thinking about Holtzmann’s final fight sequence ever since I walked out of that theater. Many fans enjoy suspending their disbelief when it comes to visual effects that are inserted later, but for others it’s always fascinating to watch exactly how a film makes the journey from actors reacting to nothing to “hey, that’s a ghost there!”

Courtesy of special effects team iLoura, you can watch a short visual effects reel from the new Ghostbusters that demonstrates exactly where and how some of the spookiness was added:

The coolest part are those visual effects that combine practical effects–like lighting, talented actors and even a drone or two–with the incorporation of some computer-generated ghost imagery to complete the finished product. While the reel itself is short (sorry, no Holtzmann fight footage), it’s a reminder of all the work that goes into making the final spooky result.