New Doctor Who Photos And Your Chance To Own Something Matt Smith Has Touched! 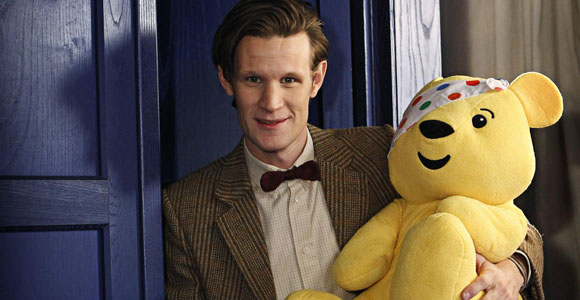 Doctor Who Season 6 may be over but in case you hadn’t noticed, the BBC is still very busy churning out new Who content for you. Tomorrow night we get to see Matt Smith back in action as the Doctor for the Children In Need Special. We’ve got a few sneak peeks at that as well as the first image from this year’s Christmas Special under the cut. And oh yeah, how you can own Smith’s entire costume from “The Doctor’s Wife.” You thought we were going to say the bear, didn’t you?

Since the Children In Need Special is coming up first, let’s talk about that. It’s an annual British charity event organized by the BBC and “Pudsey Bear” fronts the campaign which the Doctor Who cast are no strangers to. A special sketch written by Steven Moffat featuring Matt Smith as the Doctor was filmed just yesterday at the BBC and will air during the telethon tomorrow night. Richard Senior, who directed the season 6 episode “Let’s Kill Hitler” did the honors of directing the skit and the Doctor Who twitter account kept fans updated on the progress. Here are a few more shots the BBC released from the set. 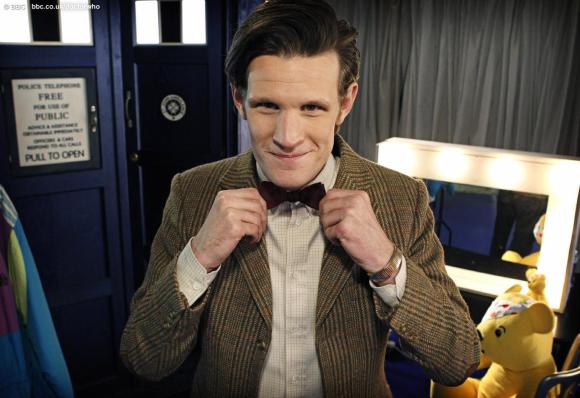 We are so glad Pudsey was there to keep Smith company as there’s no word as to whether any of his companions will be joining him on the show. 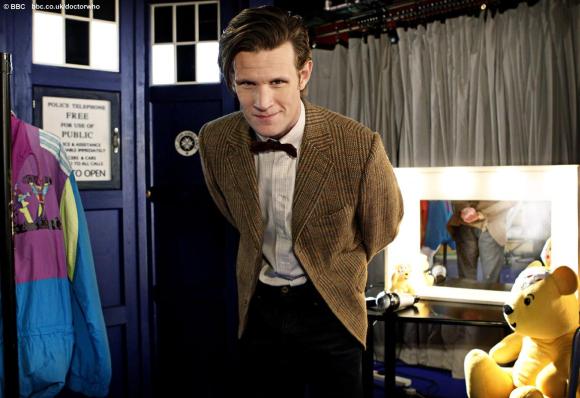 Well now, about that costume. BBC Children in Need will be auctioning off Smith’s entire costume from the Neil Gaiman penned, “The Doctor’s Wife.” I hope people donate generously for BBC Children in Need because it’s a wonderful cause- and we’ve got to beat last year’s total,” said the actor. “I’d say the tweed jacket or the bow-tie are the most iconic – although the boots are my personal favourite.”

The highest bidder will get:

The BBC writes, “The auction for the Doctor’s clothes, and a copy of the script written by Steven Moffat and signed by Matt Smith from the specially filmed sketch, are part of BBC Children in Need’s Once in a Lifetime online auction being held at www.bbc.co.uk/Pudsey. The auction closes on Monday 21st November.”

Also, on the show tomorrow night, the title of this year’s Doctor Who Christmas Special will be revealed. The BBC teased us by tweeting the very first shot from the episode. 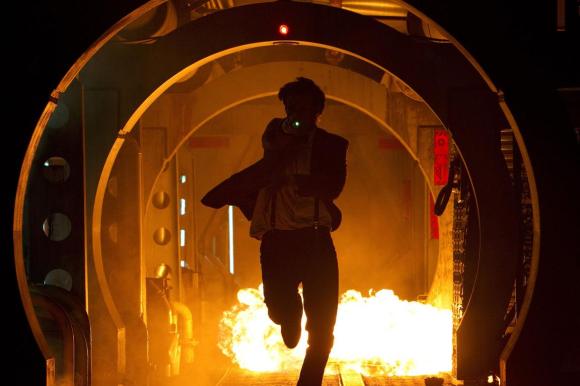 Ooooooh! If you love the image you can download it as a wallpaper from the BBC.

So, will you be bidding on Matt Smith’s wardrobe? If you won it, what would you do with it (dare I ask)?