You better check yourself before you checkmate yourself. 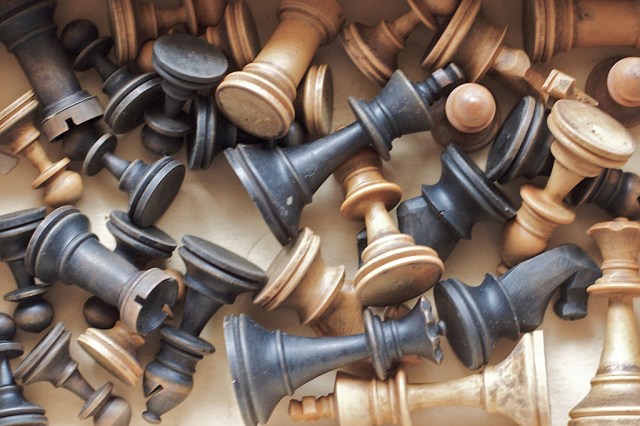 Today some new official rules go into effect for chess. They were adopted last October at the 84th FIDE Congress in Tallinn, Estonia and are now the law of the land. Well, law of the board. Along with other rules, players will now be given a loss for having a cellphone or other device at a tournament venue.

The relevant rule is found in the new FIDE Laws of Chess under Article 11 “The Conduct of Players.”

During play, a player is forbidden to have a mobile phone and/or other electronic means of communication in the playing venue. If it is evident that a player brought such a device into the playing venue, he shall lose the game. The opponent shall win.
The rules of a competition may specify a different, less severe, penalty.
The arbiter may require the player to allow his clothes, bags or other items to be inspected, in private. The arbiter or a person authorised by the arbiter shall inspect the player and shall be of the same gender as the player. If a player refuses to cooperate with these obligations, the arbiter shall take measures in accordance with Article 12.9.

It’s pretty obvious that using a cellphone during a game would be considered cheating. Even having one in your pocket could raise some suspicions, but the new rule means that having one anywhere in the venue while you play is an automatic loss. Of course individual event arbiters can give “a different, less severe, penalty” but if you’re playing in a tournament it’s probably best to leave your phone at home.

Other rule changes now state that an illegal move in Rapid or Blitz chess will be an automatic loss, as will two illegal moves in Classic timed games. Illegal moves in Rapid or Blitz now have to be flagged by the arbiter before the other side makes their next move. The rules of promotion have been clarified, but not really changed too much. The rule about a player losing for not being at the board at the default time has also been cleared up a little, removing the “zero default.”

Chess.com has an excellent breakdown of all the rule changes that come with the new FIDE Laws of Chess. If you’d like a more thorough breakdown of any of the changes, Peter Doggers did a great job of it.

(FIDE Laws of Chess via Chess.com, image via Alan Levine)