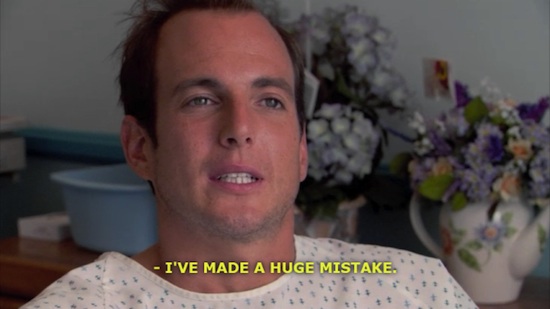 The next time you make a mistake, just remember that you’re not alone. Everybody makes huge mistakes that irrevocably change their lives from which they never truly recover. It just, happens, y’know? Maybe not for much longer, though. Researchers at Wake Forest Baptist Medical Center are hard at work developing a neural implant that shows promise in repairing the decision making abilities of primates who have suffered brain damage. If the research pays off, it could develop into a similar implant in humans with the potential to not only repair damage to the brain’s decision making center, but improve decision making in general.

The implant itself works on a pretty simple principle, recording the neural input of a correct decision being made, and then playing it back as a cue for the damaged portion of the brain. Researchers started by recording neural activity in the prefrontal cortex, or PFC, which is home base for conscious decision making in the brain, or at least as close as we’ve found to it. After teaching a set of five monkeys to respond to a visual cue, the PFC activity of the top decision makers was recorded as a mathematical model of neuron activity.

Following this, the same monkeys were given cocaine to disrupt their cognitive abilities, which works pretty much always. They were then subjected to the same test, on which they performed worse, presumably because they were now chock full of nose candy, a substance known for its remarkable ability to induce questionable decisions, like biting the heads off of things, or recording Tusk.

Finally, the monkeys had the recording of the neural activity played back to their now coke-addled cortexes through a neural prosthetic device. Not only did it cue up the correct decisions once again, returning the subjects to at least a baseline performance — it actually improved performance in some subjects by as much as 10 percent, even while the primates were still jacked to the gills on Bolivian marching powder.

Which just goes to show what Sigmund Freud could have told anybody: When science and cocaine work together, there is nothing they can’t accomplish.