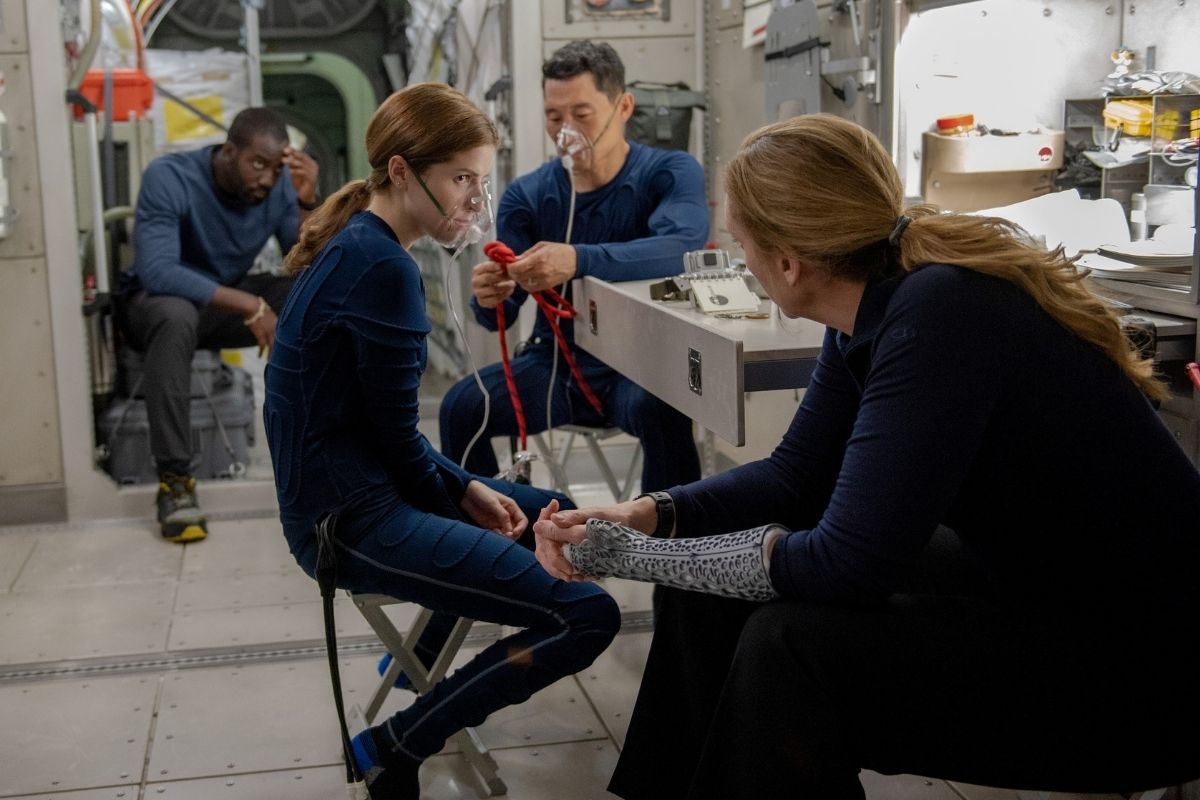 Netflix’s Stowaway did something only one other movie has ever done for me: It gave me anxiety through the roof while making me care for the characters. The movie in question is Sandra Bullock’s Gravity. I remember watching that movie on the small screen and feeling like my heart was about to explode out of my chest. And it did that while making me care for characters Ryan and Matt. Stowaway, which has just been released on Netflix, did just that with a special sprinkling of feels.

And when I’m talking about anxiety, I’m not talking about being out in space with only a tether keeping you from flying off into the vast nothingness. That’s terrifying for sure and gave me anxiety, but the real anxiety, and what hit me hard, is Shamier Anderson’s Michael waking up in space. He was just doing his job and minding his business, and an accident made it so he became trapped inside the spaceship without anyone knowing it.

Personally, I don’t know what I’d do if I were in Michael’s shoes. And a part of me wonders if I’d lose it and go for a door while yelling, “GET ME OUT OF HERE!” Hell, I wondered if Michael would do the same thing and need to be restrained right off the bat. He didn’t. He panicked, which … who wouldn’t? But he compartmentalized, saw the reality of his situation, and decided that the best thing for him was to help the people who helped him because there was no turning back.

The story built around his character was subtle but so intriguing, especially when talking about his life on Earth and what he was willing to do for people he just met. His number one worry was his sister, who he had legal guardianship over. He wanted to get back to her no matter what, and what we learned about her pulled at us. As for these new people, he was willing to end it all and sacrifice seeing his sister again so these astronauts could survive the long journey ahead.

Thank God he didn’t, and thank God that Anna Kendrick’s Zoe convinced him and the others that there was still a chance to save him and that there was still another way. And when I say that Zoe fought for Michael, I’m saying that she put her life on the line for him. It didn’t matter that she just met him. He was worth it, just like the rest of the crew. And in the short amount of time that they’d known him, he became one of them.

Zoe didn’t just dive into helping him, either. There was nothing rash about her decisions. She calculated the risk and relied on her training to do what was needed. She pushed herself, took her time, and became the driving force that saved this mission. Her sacrifice and death still weigh heavily on me, even though I understand it and why she did it. And I wonder if I, or anyone I know, would do the same thing Zoe did.

It kind of reminds me of that quote from The Martian:

Every human being has a basic instinct: to help each other out. If a hiker gets lost in the mountains, people will coordinate a search. If a train crashes, people will line up to give blood. If an earthquake levels a city, people all over the world will send emergency supplies. This is so fundamentally human that it’s found in every culture without exception. Yes, there are assholes who just don’t care, but they’re massively outnumbered by the people who do.

Zoe was and is that person. She lined up, she convinced others, and she dug into that fundamental need to help others to do what was best for her crew. And yes, it was tragic. Yes, I wanted her to survive. But if she had the chance to do this all over again, she would make the same decisions. That’s just who Zoe is, and who I hope to be a quarter like in my life, especially when it comes to helping those around me that might need a helping hand but don’t know how to ask for it.