Am I the Only Person on Earth Who Hated Andy Weir’s The Martian? 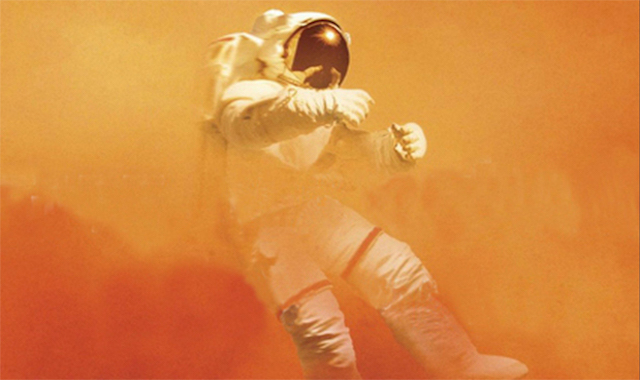 Andy Weir’s new book, Artemis, a crime story set on the Moon, doesn’t come out until November. But this week it’s the subject of breathless coverage, because the film rights have already been sold. Considering that Ridley Scott’s adaptation of The Martian garnered $630 million at the box office and Academy Award nominations, Artemis is likely a sure bet, movie-wise. I have yet to see anyone address the 800-pound gorilla in the room: The Martian is a boring plod of a novel, and as such, I don’t have much hope for Artemis as good fiction.

I know this is a touchy subject. The Martian tends to polarize its fans, and I’ve had near-shouting matches with friends about the book, which often seems to be universally and ecstatically praised. I bought it after hearing the sensational success story of its publication and eyeballing the thousands of over-the-moon 5-star Amazon reviews.

I saved The Martian for a long plane ride, and I can’t remember the last time I was so disappointed and felt so trapped without anything else to read. The book is exciting, I suppose, if you like an endless series of science experiments, the absence of emotional content, and dated pop-culture references. And that’s just the plot and characterizations. There’s no getting away from the fact that the writing in The Martian is clunky as hell and rings with forced cheer. How many out-of-date nerdy properties can we mention in one book even while making fun of nerds for never getting laid?

Fans of The Martian will point out here that it’s not necessarily the prose they love, but the concept, the humor, and the problem-solving aspect. Yes, the premise of the book—an astronaut stranded on Mars who has to use his wits and all the science at his disposal to survive—is original and compelling. That’s at the center of Weir’s success. I will never understand the unadulterated love for this novel, however, and I used to think I was alone until I delved into The Martian‘s lower-stared reviews. Ah, sweet relief. Here are some choice samples from my people:

Terribly boring unless you plan on farming mars.

Very slow, had to skip many pages just to see something happening except break and fix. Narrative is boring.

Boring book unless you’re a botanist

Was very excited to read this with all the hype. It was like reading textbooks for chem and engineering classes.

Most overrated book I’ve read. It mostly consists of repetitive logs and mathematical equations. I imagine it would be a good read for those interested in survival type books but nothing else.

One of the worst books I’ve read in a long time. It is a movie script. He did this and then he did that.

If you are looking for a book about the resilience of the human spirit and surviving against terrible odds this is not the book for you. This is a book about experiments, expeditions and the technicalities and banalities of space travel masquerading as a book about resilience and beating the odds.

Mark is one of the most undeveloped and unrealistic characters I have ever come across. We don’t learn much about him other than that he is incredibly intelligent with a good sense of humour. We are given no insight into why he volunteered for space travel or who he is outside his career. I couldn’t root for him because I didn’t know him. He is an unrealistic character because he never has a bad day. He is perennially cheerful and optimistic even though he is stuck in a dangerous, barren and unforgiving environment alone with few supplies and very low odds of survival. Not one bad day.

All the glowing reviews are misleading. It’s basically a journal of a self-pitying guy. Lots of sarcasm, whining, condescension. I didn’t empathize with him at all. I was really surprised how bad this was given all the praise it got.

not a good book. I have no idea why anyone other than nasa would be interested.

If you like reading instructional manuals, you’ll love this book.

This is the very first book that I started and just couldn’t finish, too boring!

I started reading it but the log entries, written in a style similar to facebook status updates, were obnoxious and distracting and I put the book down. I was convinced Watney’s fellow crew found him obnoxious as well and abandoned him on Mars.

These reviews saved me from thinking I had experienced a different novel than 99% of the population. So what’s going on here? Well, first of all, there are some people who delight in reading technical and mechanical language and science experiments for seemingly infinite pages, and more power to them. I’ve also been told by friends who enjoy survival narratives that this book hits all the sweet spots. I guess I’m revealing myself here as not much of a scientist or a survivalist. A lot of people also seem to find Weir’s protagonist funny as hell. I guess his sense of humor is not my Mars-grown potato. While Mark Watney can certainly be entertaining, you have to wade through a lot to get there.

I do love stories about people in space, and the problem for me is that The Martian is marketed as science fiction, because the book is set in the near-future where human space travel to Mars is possible. If you want to read something fantastic about stranded astronauts, might I suggest James Tiptree Jr. (Alice Sheldon)’s novella Houston, Houston, Do You Read?  For me, The Martian is not science fiction except in its vague 2035 setting, where incredibly everyone uses references to much earlier pop culture.

Needless to say, I’m not holding my breath for Weir’s Artemis. It’s probably going to sell many copies and make a ton of money, but I do wonder about how it will hold up without The Martian‘s central premise. In its article about the sale of Artemis‘ film rights, Variety quotes Weir: “I got to do the science-dork stuff I love, but this time with a much more complex and character-driven plot. It’s a big stretch for me, but I think it came out well. Hopefully the readers will agree.” At least he seems to acknowledge much of what was lacking in The Martian—complexity of plot and characters.

Interestingly, this time around, Weir’s protagonist is a woman. I’m curious to see how he handles this, as The Martian was pretty tone-deaf when it came to mentions of the fairer sex and LGBTQIA references. I mean, who can forget such stunning bits of transcendent literature as

“… the name of the probe we’re sending is Iris. Named after the Greek goddess who traveled the heavens with the speed of wind. She’s also the Goddess of rainbows.”

“Gay probe coming to save me, got it.”

The wit, it dazzles! Anyway, here’s the synopsis for Artemis:

The story follows a woman named Jazz, a directionless twentysomething constrained by her small town, the titular Artemis — the only city on Moon. With debts to pay and a salary that barely covers the rent, she can’t say no when a life-changing opportunity drops in her lap. But she then finds herself in the middle of a conspiracy for control of Artemis itself.

Since Weir’s strengths seem to lie in action, and much of his writing reads like a script, chances are that if the Artemis movie gets made it will be a big success. I have no ill-will towards Andy Weir, who seems like a nice guy who struck gold. But in the realm of science fiction there are a myriad of brilliantly crafted books that never receive an eighth of the attention that The Martian commands and Artemis will receive.

Let me once again suggest James Tiptree Jr., because she will change your life for the better, and she got screwed over in her day. Read Her Smoke Rose Up Forever if you want to experience gorgeous words combined with speculative travels. If you’d prefer lines like “In space, no one can hear you scream like a little girl,” well, I guess I can recommend The Martian.