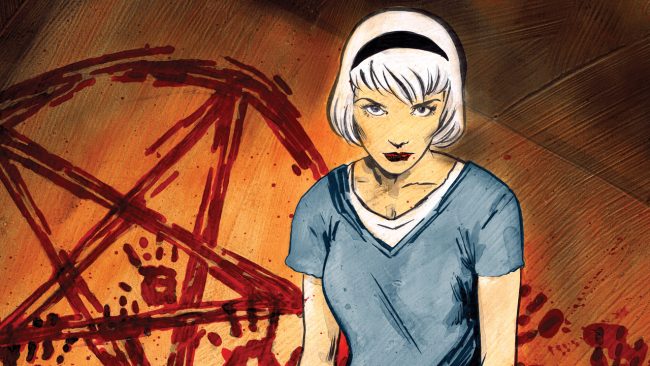 We know we were excited about the possibilities when it was announced that Archie Comics’ most magical character, Sabrina the Teenage Witch, would be getting her own live-action TV show on The CW as a sort of companion show to Riverdale. Apparently, Netflix was excited for the possibilities, too! So excited, that they swooped in to claim the show for themselves with an offer the producers couldn’t refuse.

As reported by Deadline Hollywood, Netflix has committed to a two-season, straight-to-series order for the now-untitled Sabrina show. That was an offer Warner Bros. TV couldn’t pass up. Not only does it show a huge amount of faith on Netflix’s part in the show’s potential for success, but partnering with Netflix means that Warner Bros. TV gets to keep exclusive ownership of the show, whereas The CW model means that Riverdale is a co-production with CBS TV Studios, which gives them part ownership.

Now that Netflix is throwing all their weight behind this Sabrina show, I’m even more excited, as the basic concept for the show was already more interesting to me than Riverdale ever was (don’t get me wrong. I love me some Riverdale, but…)

Will you be watching Sabrina when she comes to Netflix?