Archie Comics’ Most Magical Character, Sabrina the Teenage Witch, Getting Her Own Show on The CW 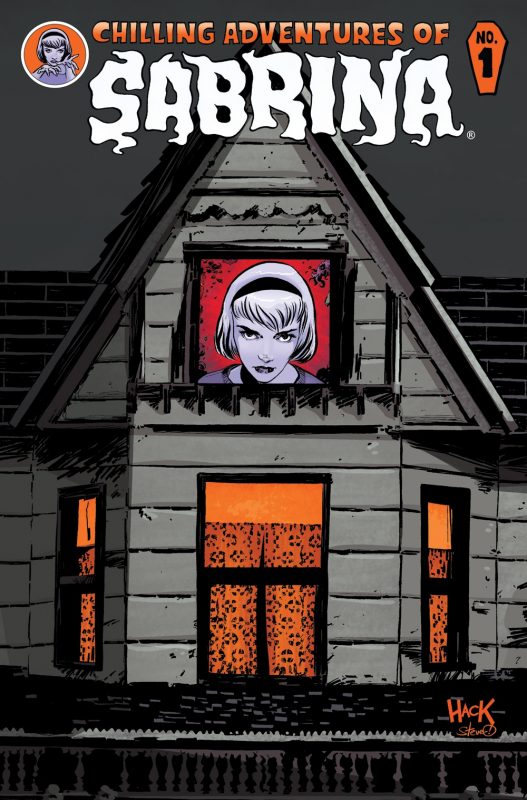 Sabrina the Teenage Witch has had her own TV shows before, but they were decidedly more family-friendly and comedic. Now that the more grown-up Riverdale has taken Archie Comics characters in new directions, and Sabrina herself has seen new (and much creepier) life in comics courtesy of The Chilling Adventures of Sabrina, Roberto Aguirre-Sacasa and Greg Berlanti are currently in development on a Sabrina series for The CW.

Like the comic, the show will be titled The Chilling Adventures of Sabrina, and Riverdale showrunner Roberto Aguirre-Sacasa will be penning the pilot. According to The Hollywood Reporter:

The hourlong drama reimagines the story of Sabrina the Teenage Witch as a dark coming-of-age tale that traffics in horror, the occult and witchcraft, naturally. The new iteration is described as in the vein of Rosemary’s Baby and The Exorcist and finds Sabrina wrestling to reconcile her dual nature as a half-witch, half-mortal while fighting the evil forces that threaten her, her family and the daylight world humans inhabit.

The fact that the description uses Rosemary’s Baby and The Exorcist as examples leads me to believe that, rather than attempting to give us a modern Sabrina, the way her sitcom and animated series did, this show will stay true to the roots of the current comic title. That is, it may be set in the 1960s. Honestly, I would love to see a CW show that is that different, and not trying too hard to be trendy and glossy.

They’re aiming to debut the show as part of The CW’s 2018-19 season, and Aguirre-Sacasa and Berlanti will be executive producing alongside Sarah Schechter, Jon Goldwater and Lee Toland Krieger, who will direct the pilot should it get that far.

I’ve gotta say, it’s a little annoying that Sarah Schechter is the only female executive producer (named so far, in any case) on this female-led show. Hopefully, they’ll be hiring a few more ladies for the writers’ room, and will do what they can to have female directors along the way.

While it’s awesome that this can be a companion show for Riverdale, it’s unlikely that there will be any crossover possibilities, as the current Sabrina and Archie titles are in two different time periods and universes. Then again, magic makes anything possible, right?

Are you excited for a less funny, more scary Sabrina show? Who do you think would make a great Sabrina? Tell us below!