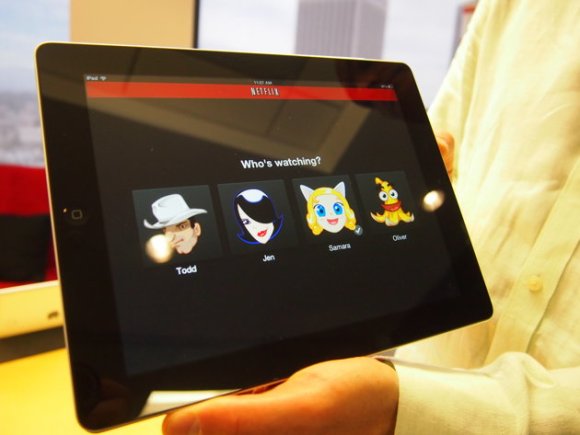 In what I choose to interpret as a tacit acknowledgement of users sharing accounts, internet giant Netflix has finally announced that they will implement features to accomodate multiple user profiles within a single account. As of now, the profile count is oscillating between five and six per subscription, but that has yet to be completely decided.

In an interview with Yahoo News, Tom Yellin, the Netflix VP of Product Innovation, demonstrated a prototype start screen with various icons representing different members of a family on the same account. Much like a computer startup screen, you select the profile that’s yours and sign in, but all within one subscription. You can still only stream up to two videos, even with the new profile developments. The primary function of the update is to separate out the viewing preferences of individual users so that their recommendations and data on those users isn’t muddled with the other parties sharing the account. In short: no more having to awkwardly explain to your friends and family why you were marathoning episodes of My Little Pony: Friendship is Magic or Bridezillas. No more having to wonder why your dad watched all four Twilight films! Huzzah!

But seriously– people have been sharing Netflix accounts since the website’s inception. This new development is doing more than acknowledge the situation– it’s catering to it; and for Netflix, this is a trend. We reported on their premium plan for streaming up to four videos at a time on one account, and now with this new feature they are going further along their “good guy Netflix” route. I have to give kudos to them for listening to its users.

Though the update is currently only in the testing phase, Netflix projects that it will be ready by the end of August. We (as in, me and all of my friends who share my account) are very excited.