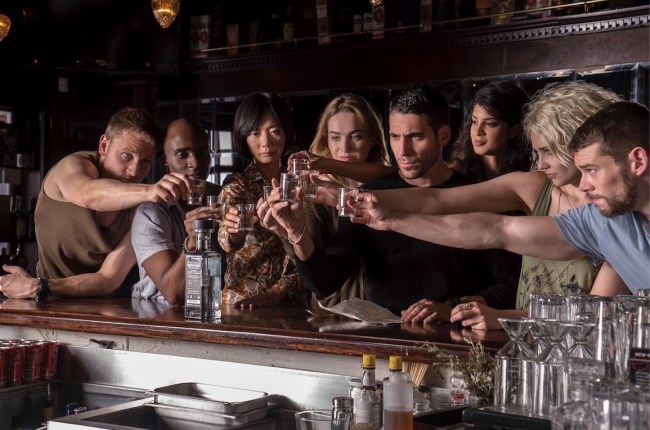 Not too long ago, we wrote about fans of Netflix’s original sci-fi series Sense8 going viral with #RenewSense8 when actor Brian Jacob Smith suggested viewers be vocal about their support of the show in response to the threat of cancellation. Today, the streaming service announced that the show would not be going forward with a third season.

“After 23 episodes, 16 cities and 13 countries, the story of the Sense8 cluster is coming to an end. It is everything we and the fans dreamed it would be: bold, emotional, stunning, kick ass, and outright unforgettable.

Never has there been a more truly global show with an equally diverse and international cast and crew, which is only mirrored by the connected community of deeply passionate fans all around the world. We thank Lana, Lilly, Joe and Grant for their vision, and the entire cast and crew for their craftsmanship and commitment.”

Netflix did not offer more information about the cancellation, but considering it comes not too long after the company also not renewing The Get Down, we might speculate it was the expense of the episodes, as the first season was reported to cost $9 million an episode.

Fans have praised the show for its representations of LGBTQIA characters and stories. Created by The Wachowskis and J. Michael Straczynski, it has won critical praise from groups like the GLAAD Media Award. Going through Twitter, it’s clear that the show resonated with many people and it’s a shame to see it go.

Sorry guys. Thanks for your passion and support these last few days, was very moving to see your love for the show. En Evant! https://t.co/77H3Ob7OGB

Are you going to miss Sense8?