Warning: NerdTrivia Is Hazardous To Productivity But Really, Really Neat 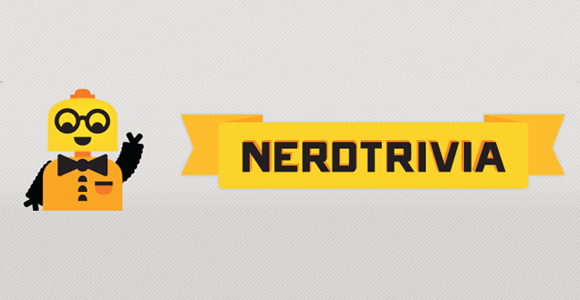 If there’s one thing nerds love, it’s proving they know more than other nerds. In that way, Laura Massey is a genius because she came up with the idea for NerdTrivia on Twitter.

Massey (@lauralollipop on Twitter) is a software engineer for XBOX 360 at Microsoft. She’s one of the folks responsible for getting us parties on XBL and enlisted help from her twin sister Kristen to create NerdTrivia.

How do you play? First you follow the NerdTrivia twitter account (which should follow you back so you can send them direct messages) and wait for them to tweet a trivia question. They do so at the top of the hour between 8 a.m. and 6 p.m. pacific time and you only have one hour to submit your answer (You get bonus points for replying in the first 3 minutes.). Topics range from science and tech to gaming, literature, movies and television and more. A recent sample question: For 5 points: Collectively, helium, neon, argon, kyrpton, xenon, and radon are known as what kind of gases? And another: For 10 points: In Star Trek: DS9 the USS Defiant was originally designed to defend against who?

If you’ve submitted a correct guess, a secondary NerdTrivia account will @ reply you with how many points you’ve earned.

There’s also an official website where players can keep track of leaderboards, unlock special achievements and even submit your own questions for potential use in the game. According to Hex19, NerdTrivia started running on Massey’s home computer but I’m sure it will be requiring more than that soon (especially once my friends get wind of it).

[Story updated with prize info.] Last “season” contestants were entered in a weekly drawing for a $25 gift card to the always fabulous ThinkGeek! I’ve been told they are working on new prizes this time around but hey, there is the all important notion of just playing for bragging rights.

I, for one, can’t wait to start playing.