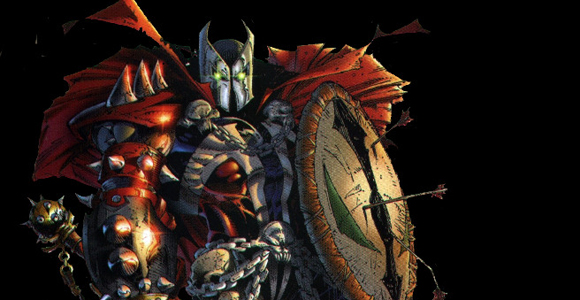 A long-time lawsuit, over who owned select characters created for McFarlane’s Spawn, between creators Neil Gaiman and Todd McFarlane has finally been settled. And according to Gaiman, the suit sets a new precedent for comic book copyright that could prove beneficial for the industry going forward.

The suit began in 2002 when Gaiman wanted his share of profits from the characters Angela, Medieval Spawn and Cogliostro, which he created or created the concepts for Spawn #9 and #26. The two creators had initially signed a deal in 1997 where Gaiman waived his rights to the characters in exchange for McFarlane’s share of British superhero Marvelman. As it turns out, McFarlane did not actually own that character, just two trademarks for Miracleman logos. During the lengthy dispute, judges sided with Gaiman.

The exact details of this new settlement are private but a jury had already found that Gaiman owns 50% of the two issues in question, a three-issue Angela spin-off series and the Medieval Spawn, Angela and Cogliostro characters. Another judge had declared Gaiman receive royalties from “the demon Dark Ages Spawn and two more angels, Tiffany and Domina, were derived from Medieval Spawn and Angela,” as well.

“The main thing is, I feel like an awful lot of good things have come out of it,” said Gaiman. “I think the various decisions, particularly the [Judge] Posner decision, were huge in terms of what the nature of dual copyright in comics is. What is copyrightable in comics is now something that there is a definite legal precedent for.”

To me, someone not incredibly savvy when it comes to law, I’d have thought, artist/writer creates the character, it’s obviously their’s but things get murky when you consider how the creators came together, among other factors (did they collaborate, was one hired, etc.).

“There were a lot of things that were … misty in copyright [law] that are now much clearer. And it’s of benefit to the creator,”  said Gaiman, who also told the paper the case is now taught in schools. “Truthfully, I think all of the decisions were incredibly good for all kinds of copyright. Now the statute of limitations — three years — begins with the discovery of the violation. … ,” Gaiman says. “You can’t secretly file copyright on someone else’s things.”