The Saga of Neil Gaiman’s Hat Shows Twitter In Miniature 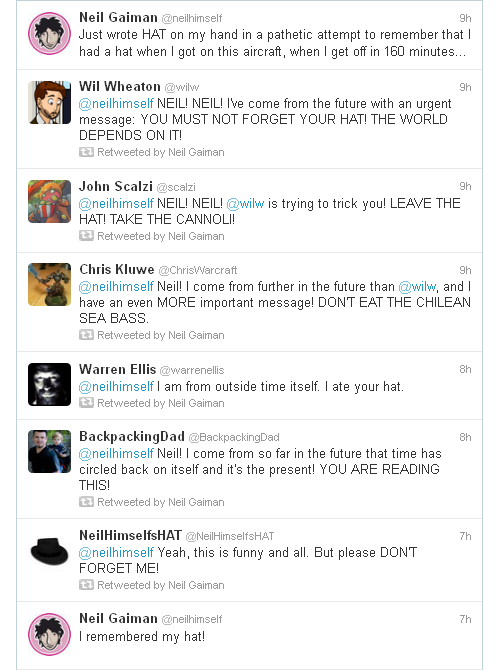 What began with a candid admission of ones own human limitations becomes a harrowing sci-fi narrative featuring Wesley Crusher up against the terrifying foe of Warrellis, the all consuming force from outside space-time that birthed entropy into our universe.