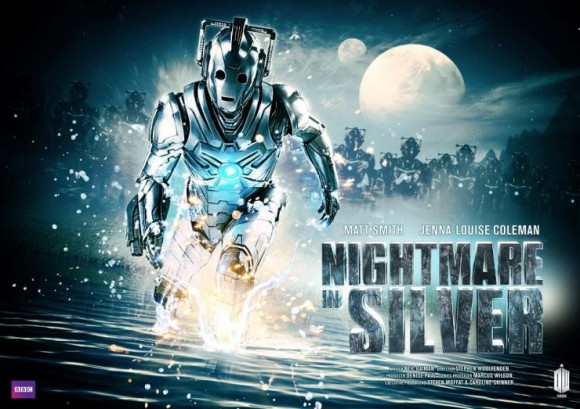 First the poster. Ooh, shiny. And then, under the jump, the synopsis:

Hedgewick’s World of Wonders was once the greatest theme park in the galaxy, but it’s now the dilapidated home to a shabby showman, a chess-playing dwarf and a dysfunctional army platoon.

When the Doctor, Clara, Artie and Angie arrive, the last thing they expect is the re-emergence of one of the Doctor’s oldest foes. The Cybermen are back!

A reminder: Artie and Angie are the kids are the kids Clara looks after. Another reminder: Warwick Davis will be in this episode, airing on May 11th. Bring it.