Neil Armstrong, First Man to Walk on the Moon, Dies at 82 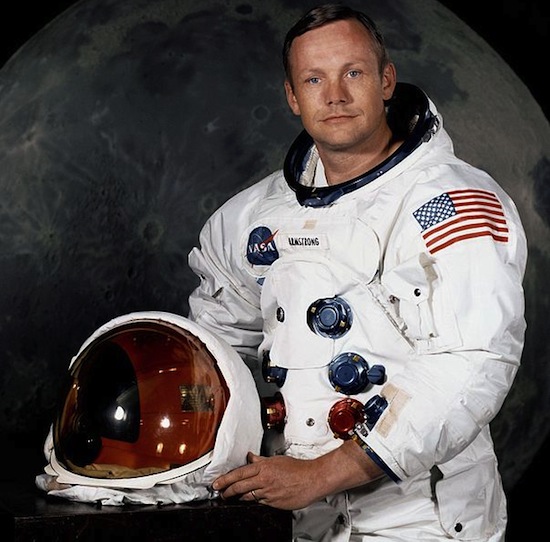 Neil Armstrong, hero to everyone who’s ever dreamed of travelling to worlds beyond our own, died yesterday at 82, his family announced. According to multiple reports, Armstrong’s death was caused by complications from heart surgery performed earlier this month to relieve clogged coronary arteries.

In the summer of 1969, Armstrong, along with Buzz Aldrin and Michael Collins , flew on Apollo 11, and became the first man to walk on the Moon. As he took those first steps, Armstrong uttered the famous phrase: “That’s one small step for man. One giant leap for mankind.” His words have endured, cemented in American culture by jokes, memes, and as a simple saying we still recognize more than 50 years later.

After his famous flight, Armstrong served as NASA’s deputy associate administrator for aeronautics for one year, before leaving NASA to teach engineering at the University of Cinncinati. Though his accomplishments elevated him to that of a twentieth-century American icon, Armstrong didn’t hog the spotlight or take advantage of his fame too often.

Despite the fact that he often avoided the spotlight, Armstrong recognized the importance of what he did, and how those first steps changed humanity. “Looking back, we were really very privileged to live in that thin slice of history where we changed how man looks at himself and what he might become and where he might go,” Armstrong told CNN.

At the end of his life, Neil Armstrong lived with his wife, Carol, in the Cincinnati area. A statement from Armstrong’s family says that those looking to honor him should, “Honor his example of service, accomplishment and modesty, and the next time you walk outside on a clear night and see the moon smiling down at you, think of Neil Armstrong and give him a wink.”