But she probably still won't get any merchandise. 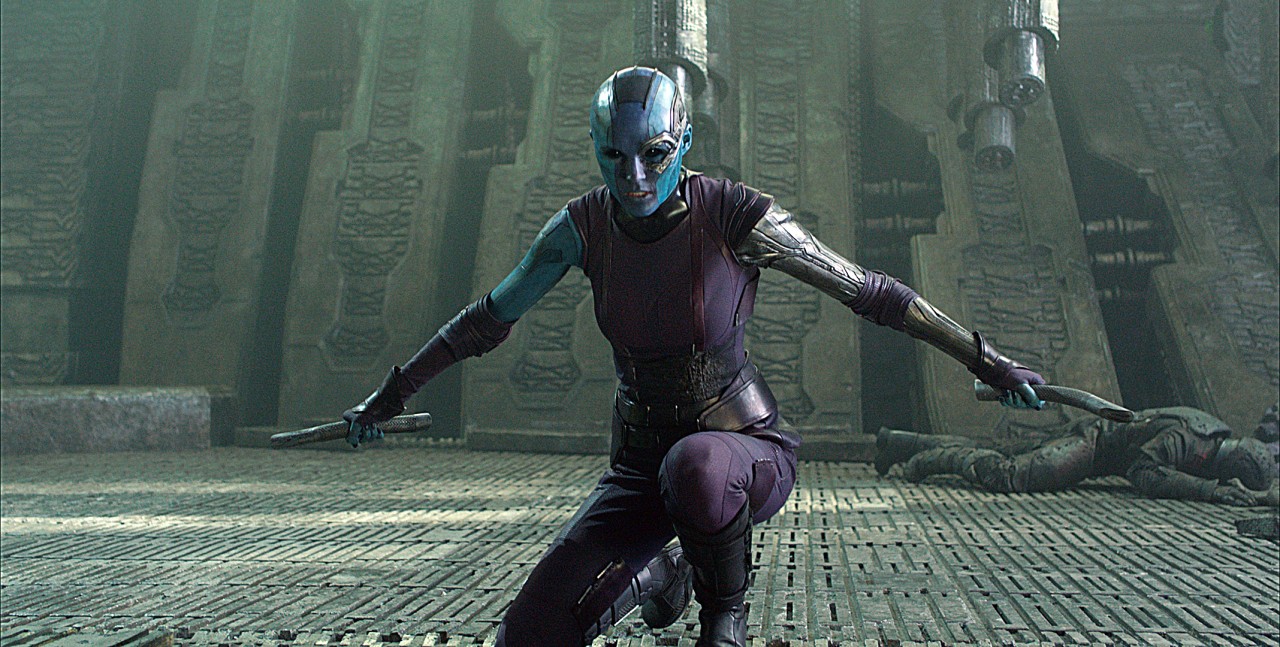 I hope Karen Gillan isn’t getting too attached to her hair, because it looks like she’s going to have to chop it all off again real soon. Maybe.

On Periscope, an app I’m not hip enough to have, James Gunn spoke with fans about the GOTG sequel and confirmed a few things that, until now, have been only rumor. Though he’s still working on the script (without original film co-writer Nicole Perlman, of course), Gunn said that he’s seventy pages in, and that Marvel liked his pitch. He also revealed that the sequel will start shooting in Atlanta next February, because the old Guardians studio in London is a bit busy with these little Star Wars films.

But mostly importantly to us, naturally, Gunn told fans Nebula is in the script for the second film, meaning Gillan would be reprising her appearance. At the end of GOTG, we saw her commandeer a ship after chopping off her own hand and flying off into the sunset. Now, we’ll get more of our favorite blue bad-ass – and hopefully Gunn will leave some lines in the film between Nebula and Gamora so the sequel can actually pass the Bechdel test.

Gunn said he’s working on an idea that would potentially save Gillan from having to shave her head again, but I’ll admit the thought of a Nebula with a ginger bob is a little hilarious to me. I’m on board.