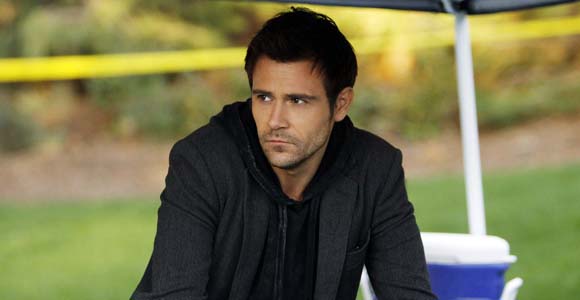 Oh my god, they cast an actual British actor. Progress!

One of the biggest issues fans of the Vertigo Comics character John Constantine had with the 2005 Francis Lawrence adaptation was Keanu Reeves. Keanu Reeves as a general concept, but more specifically, him being American. Fans won’t have that argument with NBC’s Constantine series.

Reports are saying Welsh actor Matt Ryan is close to making a deal to play “Hellblazer” John Constantine. Here’s the latest description of the character from The Hollywood Reporter:

John is described as a working-class Londoner with deadpan humor who is a mysterious con man and occult detective  haunted by the recent loss of a young girl’s soul. No stranger to the dark underworld that exists parallel to our own, Constantine has been studying the dark arts since he was a teenager. He’s taught himself spells, rituals, curses and conjuring, but the one person he most wishes to see — his mother, who died giving birth to him — remains out of reach, at least so far. When Liv, the daughter of a late friend, is targeted by demons, Constantine steps in to save her and the two form an alliance.

Ryan has had roles in Torchwood (“Meat”) as well as The Tudors (and an episode of History’s Vikings where he apparently played a peasant) but he’s best known for starring in Criminal Minds. He also recently did voice work and motion capture for Edward Kenway in Assassin’s Creed IV: Black Flag.

Thoughts on the casting?