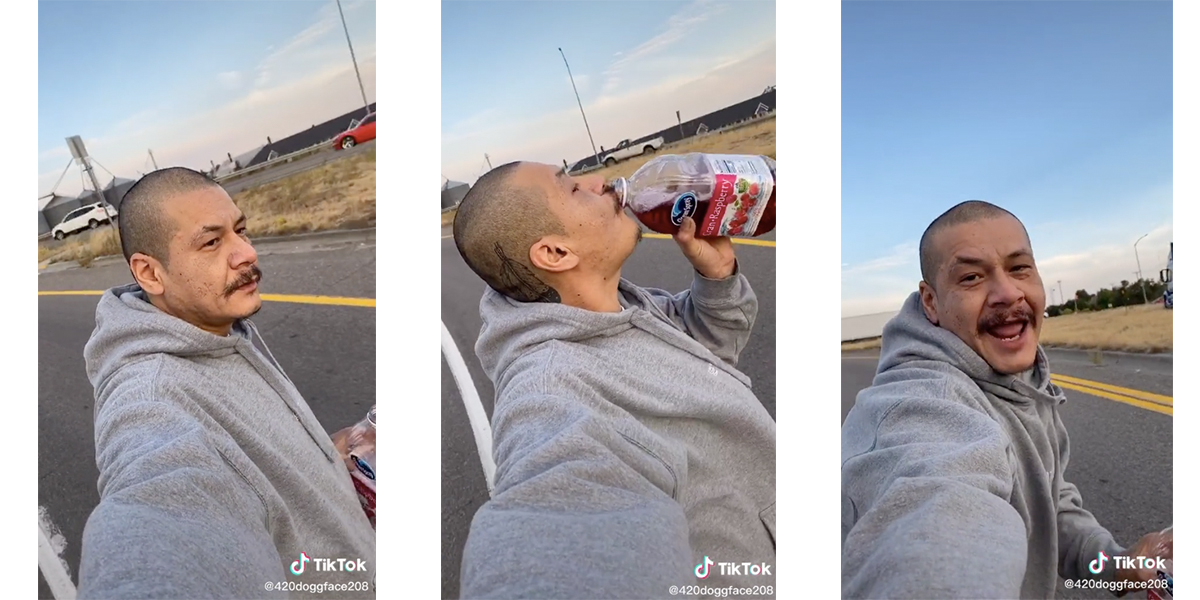 “Dreams” by Fleetwood Mac is a song that never fails to bring joy to those who listen to it, as exhibited by Nathan Apodaca on his skateboard just vibing to it while drinking some Ocean Spray juice on his way to work. The now-viral TikTok star posted the video after his car broke down and he had to use his skateboard to get to work, and honestly, if you have to skateboard to work, you might as well do it to any song off of Rumors.

Apodaca, who stated in a video from Access Hollywood that he doesn’t want to be America’s charity case, was once homeless but reminds his followers to just take a moment during the day to be you and authentic.

The video is so viral that even Mick Fleetwood himself has recreated it, and Ocean Spray reached out to help Nathan Apodaca with his car issues by giving him a brand new car! And, as Mario Lopez says at the end of the video, the man is just a whole vibe—and not just because we all wish we could be that cool on skateboards, but because Nathan Apodaca seems to genuinely be one of the happiest and nicest people around.

The TikTok star got to talk with Mick Fleetwood on BBC News, and the two couldn’t stop thanking each other. Fleetwood was just so happy that this video brought such happiness to the world (and mentioned that Stevie Nicks also would be overjoyed) and Apodaca was just so happy to see how Fleetwood Mac embraced his video.

It’s incredibly heartwarming, so much so that I just keep crying. Nathan Apodaca has clearly worked incredibly hard for his family and for himself, and he just wants to bring a bit of himself and his happiness to the world, and that’s exactly what this TikTok did.

There’s nothing like the original TikTok to remind us why Nathan Apodaca is an internet sensation.

I, personally, just want to say thank you to Nathan Apodaca. I know he was just having fun, but there is a beauty to his story that I think we genuinely need right now. Instead of being down on his luck or angry about the world, he just wants to spread happiness and joy in these brief little moments that he gives us on TikTok, and it’s really beautiful to see.

Can’t wait to see what his next morning vibe TikTok will be and where this journey ends up taking him. (I do hope he gets to hang with Mick Fleetwood.)