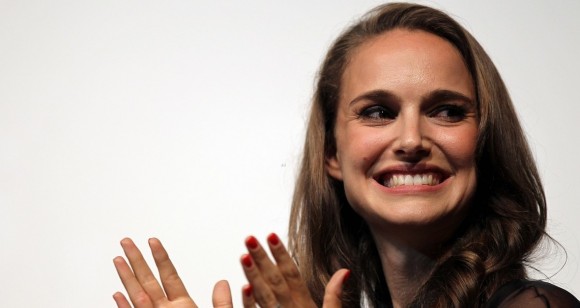 Like them or not, Natalie Portman and Kristen Stewart have one good thing going for them, at least as far as the production side of making movies is concerned: According to Forbes’ annual list of “Hollywood’s Best Actors For The Buck,” they’re the two most bankable stars around.

“[looks] at the last three films each actor starred in over the last three years that opened in more than 2,000 theaters, calculating the return on investment for the studios who pay his (or her) salary. We didn’t count movies where the actor was in a supporting or large ensemble role and we didn’t count animated movies. The actors who score well on this list tend to have small paydays and star in highly profitable movies.”

The “small paydays” doesn’t apply to Stewart, who’s the highest-paid actor in Hollywood. But she’s still the second-best investment for studios: For each dollar she’s paid, she returns $40.60. The last three films by Natalie Portman, who topped the list, made $42.70 for every dollar the actress was paid.

Compare that with most overpaid actor Eddie Murphy (again, according to a list by Forbes), whose last three films took in $2.30 for every dollar he made.

What’s weird about how Portman was calculated is that, as The Huffington Post points out, Thor didn’t count among Portman’s three, because her role was supporting… but Forbes did count Your Highness, in which she was also a supporting character. What got Portman to the top of the list was 2010’s Black Swan, which made $329 million worldwide and had a total budget of only $13 million… but it didn’t open in over 2,000 theaters, which would seem to eliminate it from Forbes’ rankings. Except it didn’t.

Well, whatever. So the calculations are a bit screwy. This list, as with most like it, don’t mean as much as their creators seem to think they do. (Sorry Forbes, The Hollywood Reporter, et. al.) But still, what we can take from this is: Natalie Portman and Kristen Stewart make a ton of money for the studios that hire them, so you can expect them to be cast in leading roles for years to come, whether you like it or not.