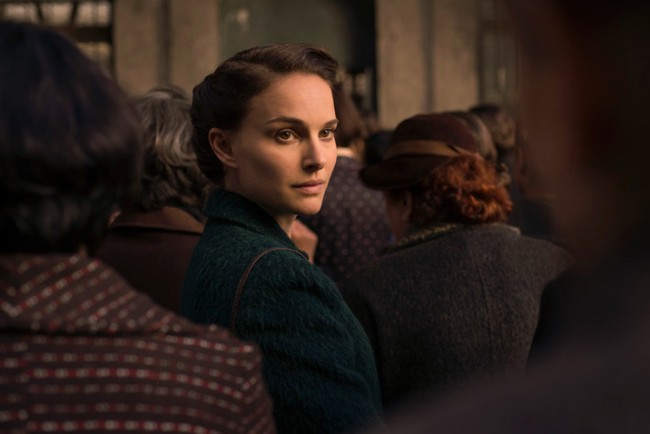 Natalie Portman recently made her directorial feature debut with her adaptation of Amos Oz’s A Tale of Love and Darkness, and spoke to Jason Guerrasio of Business Insider about the challenges of directing, Star Wars, and how she sees the roles for women in Hollywood changing.

When asked how she sees the state of female artists in the U.S. compared to France, Portman mentions that it’s commonplace and she “can’t wait for it to get that way here.” She adds that promoting female directors is a largely cultural issue, and government support plays a big role in opportunities.

It’s really interesting because the issue we have with female directors here is not the case in France at all. Especially with the young generation, there are even more women than men making movies right now. And I don’t know exactly what it is but you can see how cultural the phenomenon is because I think part of it has to do with there being socialized child care and a great support system for working women there that’s government-supported. And also because of government funding for films there’s probably more regulation on what percentage of money goes to each gender as opposed to it being privatized here.

Portman has been vocal about female representation in the past, insisting on a female director for the Ruth Bader Ginsburg biopic On the Basis of Sex and talking about the underwritten tropes. She also goes on to praise the growing attention given to female directors in the news (Oh hey, that’s us. Hi Natalie! We love you too!) and projects that specifically seek out female directors.

I think the press is doing a wonderful job of putting the pressure on the decision-makers in Hollywood to support more female directors. I hear more than ever people actively searching for women to direct, actively wanting to finance women’s films, which is not to say it is easy, but I think it’s been a great instance of how journalism has put pressure on business to be more fair between genders.

As both a director and an actress with a lot of experience, Portman reveals that working with Rebecca Zlotowski in Planetarium was the only time she worked with a female director, but she sees that changing (though slowly).

I don’t know if the scripts are changing so much. I mean, I’ve been working for almost 25 years and made over 40 films and I worked with my first female director, on a feature, last year [“Planetarium”]. And it’s still the only one. But now I feel like in the past year I’d say I got three or four offers for films that had female directors so in my career I haven’t had that opportunity before. That’s exciting.

You can check out the full interview at Business Insider, where Portman also talks about her son’s relationship to Star Wars, keeping a low public profile, preparing for the role of Jackie Kennedy, and more!