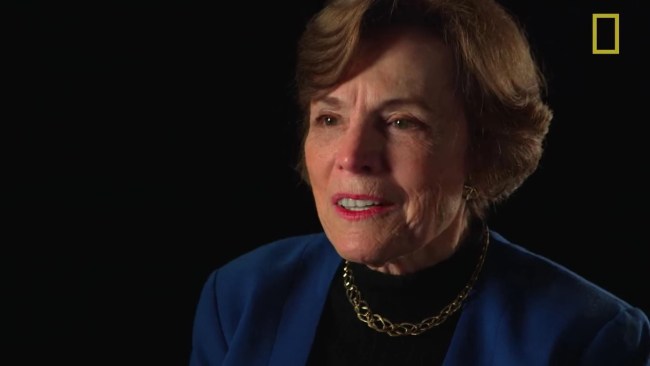 On the National Geographic yellow carpet, we spoke to Neil deGrasse Tyson about the importance of space exploration. Just as important as traversing the cosmos, however, is diving into the depths of our oceans. We asked prominent explorers to talk about why we need to spend an equal amount of effort exploring and taking care of our waters.

Dr. Robert Ballard, President of the Ocean Exploration Trust and the Institute of Exploration, has conducted more than 120 deep-sea expeditions. As a pioneer, he is most known for discovering the R.M.S. Titanic and the German battleship Bismarck. Dr. Ballard explains to me that the nation’s ocean exploration program has 1/1000th of Nasa budget. “You would think that exploring half of our country that lies beneath the sea has relevance in today’s economy,” he says, “There are amazing resources in the underwater world.”

Sharing a similar sentiment is Sylvia Earle, oceanographer and founder of the Deep Ocean Exploration Research, Inc., Mission Blue, and SEAlliance. Another revolutionary explorer who also made leaps as a woman–Earle was the first female chief scientist of the U.S. National Oceanic and Atmospheric Administration–she’s logged over 7000 hours underwater. “The space program is really critical to all that we are as humans,” she says, “but also, to go into the deep sea benefits all of us.”

Putting resources into oceanography is important for a number of reasons, many that are visible to us. Ballard points to sanctuaries that need to be protected, as does Earle. She says:

“We have evidence that half the coral reefs, 90% of many of the big fish, gone. The sea grass meadows are in serious trouble. The basic things like concern about breathing, you should listen up because most of the oxygen in the atmosphere is generated by life in the ocean. You change the chemistry of the ocean–and we are–you change everything. So, more than half the oxygen is coming from creatures that generate food and photosynthesis and release oxygen. We are acidifying the ocean as a consequence of warming the planet, CO2 in the atmosphere, and the ocean becomes carbonic acid. So a lot of things we need to keep our eyes on and monitor what’s happening.”

In light of prevalent climate change denial, this underfunding and lack of mainstream attention towards ocean exploration should be a concern. However, just as scientific responses to the false Great Barrier Reef obituary emphasized the need to persist and continue, Earle and Ballard aren’t giving up. When I asked about the administration and challenges, Earle told me, “It just means we have to double-down and look at alternatives. Doesn’t mean we’re going to stop, period.” While she says government support is “preferable,  “it highlights the importance of private support, private initiative, and being creative about how you go about it.”

Ballard, who’s mandated that the leadership and authorities on his team be 55% women (he’s the only guy in the leadership of his trust), also talks about how understanding the importance of oceanography also teaches you to value the Earth. The explorer doesn’t believe “we’re going to send the human race to Mars in any large number.” That’s not to be dismissive of efforts, but rather to emphasize that we can’t treat the Earth as an expendable planet.

“Only about 10% of the ocean has been seen at all,” Earle explains, “We need to explore this part of the universe.” There’s an urgency in both their words talking about the ocean and how crucial it is right now that scientist and non-scientists are paying attention and doing what they can. She concludes:

“We are investing so much in going to Mars and Jupiter and beyond–and we should. I think an equal amount of interest should be applied to our Earth. The only planet governed by the ocean, it keeps us alive. At this critical time in history, when change is so obvious, we are going to lose our chance to do things. We have the opportunity to restore coral reefs, to bring back sharks to bring back tuna to bring health to the planet, but if we just ignore it and keep business as usual we’re going to regret that we have not taken action right now.”