It's a major award! 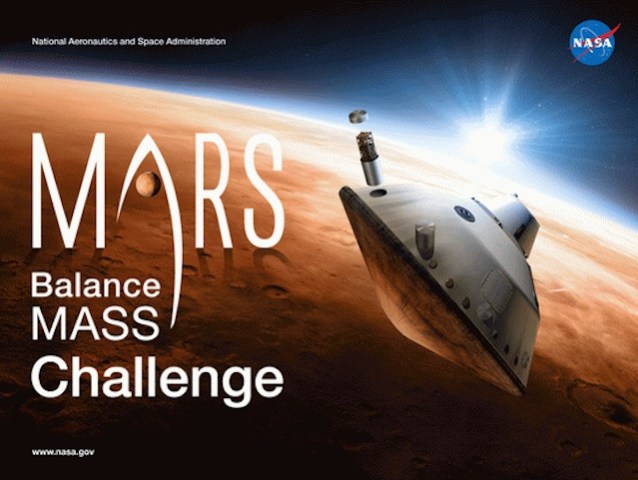 The ballast on NASA’s Mars Science Laboratory entry-descent-landing (MEDLI) system is very important for science in that, without it, the spacecraft wouldn’t be able to put robots and other heavy objects safely on the surface of another planet. However, it’s not actually very useful to science in that it’s a bunch of extra weight on a spacecraft that could be better used for scientific equipment. That’s where you and your brilliant idea come in.

The MEDLI ejects about 330 pounds of mass before entering Mars’ atmosphere and another 330 pounds during its in-atmosphere descent to shift the craft’s center of balance and make a safe landing as it did with the Curiosity rover. In the future, NASA wants to make sure that mass is pulling its own weight in the science department, so they’re offering $20,000 to the person who comes up with the best idea for science experiments that could be carried out with the ejected mass.

The best part is you don’t even have to be able to carry out your plan. All they’re asking for is a written proposal of your idea with diagrams where applicable, and tons of people have already answered the call. Here’s what they’re looking for as written on the contest page on InnoCentive:

NASA is looking for creative yet practical ideas to find a dual purpose for Balance mass (“dead weight”) that is jettisoned from Mars landers like the Mars Science Laboratory (MSL) to balance the spacecraft during entry and landing. Payloads replacing Balance mass should perform some type of scientific or technological function adding to our knowledge base while closely matching the volume and weight characteristics of the original Balance mass. Ideas are welcomed from all disciplines.

You’ve got until November 21 to submit your plan, so go ahead and check out the details on NASA’s new “Solve” website for crowdsourcing solutions to problems in space travel, and then get cracking.

(via Geek.com, image via NASA)