NASA Is Hiring a “Planetary Protection Officer.” Please Line Up in an Orderly Fashion.

So is the application process a Last Starfighter situation or ... ? 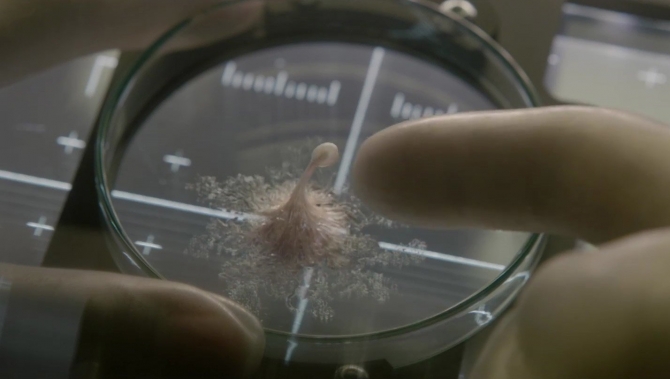 You know the kind of sci-fi movie where you’re staring at the screen in disbelief not because of the amazement of how far special effects have come, but because some bonehead who’s apparently never watched a movie is getting a little too comfortable with a seemingly harmless specimen from an alien world, and you just know it’s about to sprout some gnarly teeth—or similar dangerous implements—and gnaw some faces off? Yeah, NASA’s seen those, too, which is why they have a “planetary protection officer” job opening.

The job itself is actually nothing new—for NASA or other space agencies—but it’s come up for applications due to a relocation of the position to another department within NASA, as the current planetary protection officer, Catharine Conley, told Business Insider. Due to our current level of contact with alien life (that unfortunately being zero), the position is all about setting forth principles on how to avoid, say, a sample taken from Mars inadvertently contaminating Earth with anything unexpected it may contain, as well as making sure we don’t contaminate the alien worlds we visit.

That’s an important task, though, not just for safety but for science. If we just go about contaminating places that we’re trying to examine, we could ruin our own results. That’s the exact reason, for example, that the Cassini probe that’s sent us so many amazing images of Saturn will soon crash into that planet’s atmosphere and be destroyed, in order to ensure that it doesn’t smash into the planet’s moon Enceladus, which has a potentially life-supporting, sub-surface ocean that could become contaminated.

Despite a probable lack of direct contact with aliens, the job does come with a pretty sweet $124,406 to $187,000 salary to match the impressive qualifications required, including “demonstrated experience planning, executing, or overseeing elements of space programs of national significance,” the official job ad states. It also requires an advanced degree in engineering, physical science, or mathematics, while your skills at playing Starfighter will probably go to waste.