NASA Releases the Other Hemisphere of Gorgeous Earth Photo 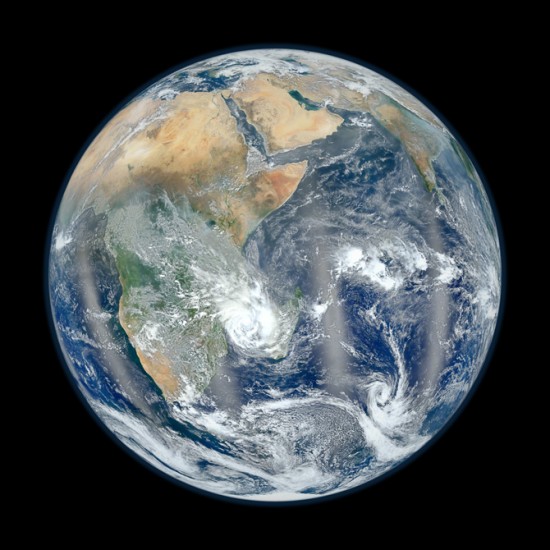 Like the first picture, this Eastern Hemisphere picture was created using data collected by the Visible Infrared Imaging Radiometer Suite (VIIRS). The satellite that helped VIIRS get a good look at Earth, the Suomi National Polar-orbiting Partnership satellite, flew over the pictured spot six times over an eight hour period in order to collect enough data to smoosh (technical term) the bits together to create the pretty image.

The image provides us with the perspective of the viewer looking down at Earth from 7,918 miles above the planet’s surface, from a viewpoint of 10 degrees South by 45 degrees East. If you’re wondering what the glowy vertical lines in the picture are, they are the reflection of sunlight glinting off the ocean, not some Photoshop effect NASA secretly dropped in to make the picture look even more gorgeous than it already is.