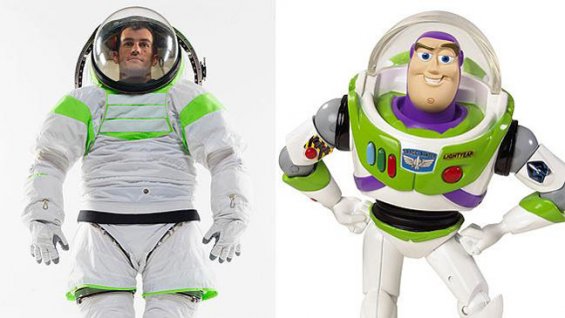 NASA did have an astronaut named Buzz so maybe this new spacesuit is more appropriate than we thought. You’re looking at the Z-1 Prototype Spacesuit and Portable Life Support System 2.0, aka a real space suit that looks a lot like Toy Story’s Buzz Lightyear. THR writes, “And this isn’t the only Buzz Lightyear/NASA crossover: Disney and NASA have joined forces to develop hands-on educational activities and exhibits centered around the character’s fictional voyage to, and 450 days spent living inside, the International Space Station.”