NASA's Budget For 2014 Is Better Than We Ever Hoepd, Bill Nye Has An Open Letter To Obama | The Mary Sue

NASA’s Budget For 2014 Is Better Than We Ever Hoped, Bill Nye Has An Open Letter To Obama

Shoot for the moon, NASA, and even if you miss, you'll land among the stars. J/K That's not how space works. 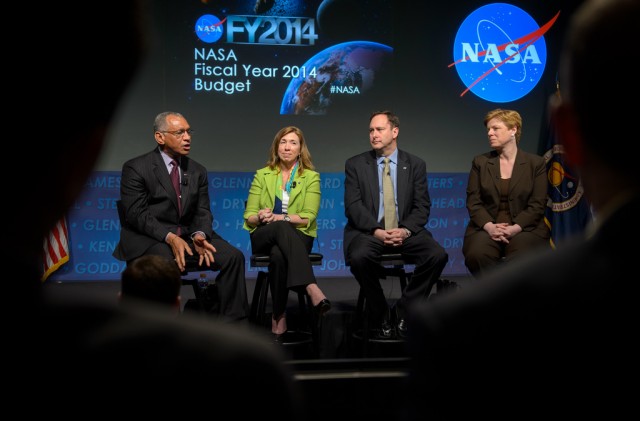 Despite fears of cuts, NASA’s budget for 2014 was revealed on Monday and is good news for the continuation of current expeditions, future projects, and our friend Bill Nye.

Although the budget increased only by the relatively small amount of 800 million (providing NASA with a total of 17.65 billion), the mood is finally optimistic following the Government sequestering of March 1st, when the federal budget for NASA was cut significantly.

At the time, NASA Administrator Charles Bolden said that if the sequester were to continue through 2014, “it will potentially impact JWST [James Webb Space Telescope], it will definitely impact SLS [and Orion], it will devastate commercial crew and cargo. I will, in all probability, have to furlough civil servants.”

Given the grim prospects 2014 seemed to have, the slight increase is a Godsend for space exploration enthusiasts everywhere, including those of us here at Geekosystem. Several of these projects, such as Orion, are especially exciting to us.

Orion is a multi-purpose manned (or personned? Or womanned? I keep telling you guys, there are lady astronauts!) vehicle with the capabilities to visit the moon, asteroids and Mars, with an unmanned mission planned for this September that will be saved by the increase.

Preservation of the Europa expedition is also exciting to us as victims of alien abduction. An ice-encrusted lake on Europa, one of Jupiter’s moons, is a plausible source for extraterrestrial life, and a mission will gather information and perhaps set precedent for a manned expedition.

Also special to us is the James Webb Space Telescope, a telescope slated to a launch in 2018 that will be able to examine light from the end of the universe and share data with astronomers worldwide.

Incredible projects like these will take up only 0.004 percent of the entire federal budget, but NASA’s increase must first be approved by the House, Senate and President Obama. Hopefully Obama listens to the lessons of our man Mr. Bill Nye from the video below.

(via I Fucking Love Science, photo credit via NASA)