It's not as cool as Jesus on toast but we'll take it. 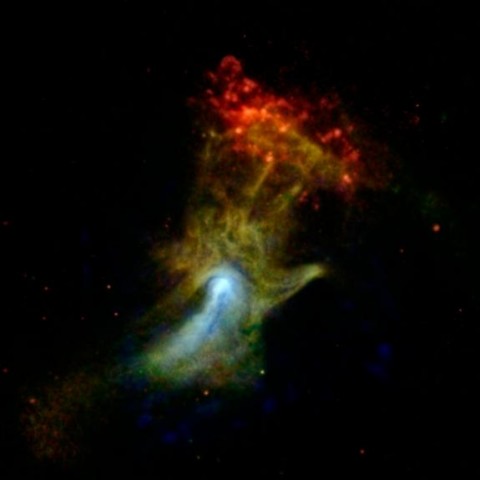 New technology is allowing NASA to take a second look at the remnants of an exploded star, revealing a mysterious hand in the debris.

The findings were a result of re-examining previously viewed images of the dust from an exploding star using NASA’s Nuclear Spectroscopic Telescope Array (NuSTAR.) By revealing high energy blue x-rays, NuSTAR “is showing us well-studied objects and regions in a whole new light,” says Fiona Harrison of the California Institute of Technology.

Though already being referred to as “The Hand of God”, the phenomenon is more likely to be a pulsar wind nebula–debris displaced from an exploding star that then interacts with nearby magnetic fields.

If the phenomenon is in fact a result of divine intervention (we’re not counting on it), we may soon have more Godly Body Parts to contend with. SBW2007, a nebula with a star at its center, is predicted to go supernova soon, and we’ll be fascinated to see what new technology like NuSTAR can uncover once the dust settles. Here’s hoping for a heavenly handshake. 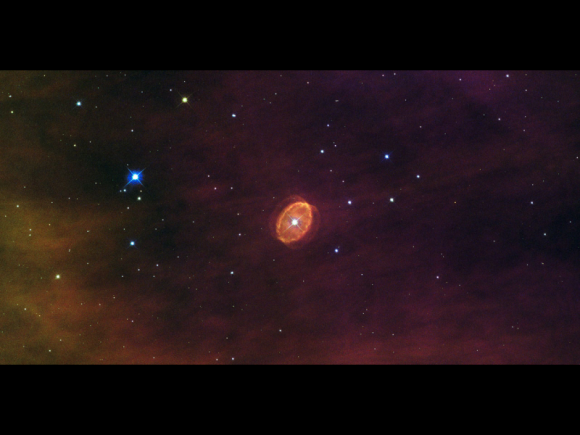 We’ll let you decide what body part this looks like.

(via Space.com, photo credit via Nick Rose and Universe Today)