Don't make the sun angry. You wouldn't like it when it's angry. 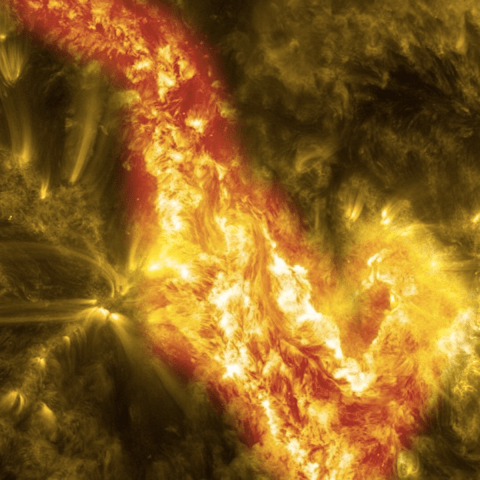 NASA posted a picture on Instagram today that looks like some kind of horrifying death ray from a sci-fi movie. In reality, it is a picture of the aftermath of a solar filament eruption on the sun, which does nothing to ease our fears of something from space killing us in a fiery apocalypse.

Contrary to what the picture might have you believe, the sun is not actually made of fire. It’s made of plasma, which NASA explains is comprised of “particles so hot that their electrons have boiled off, creating a charged gas that is interwoven with magnetic fields.”