Well, as much help as you can provide, anyway. 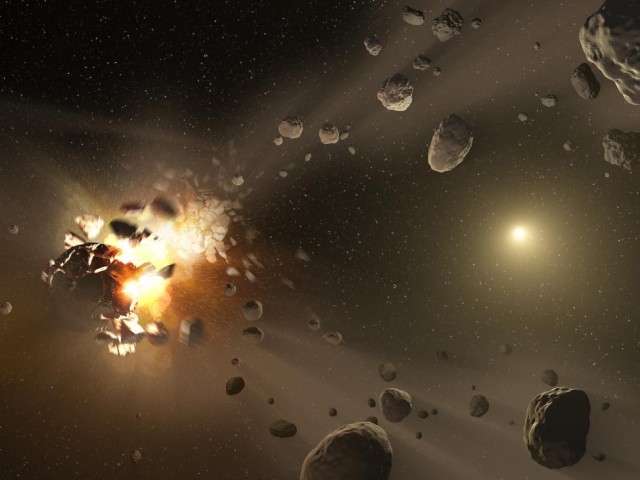 Hop into your triangle-shaped spaceship and start shooting dots at drifting polygons, because NASA wants you to do your part in stopping asteroids from destroying the planet. On Tuesday, the space agency announced the Asteroid Grand Challenge, a wide-ranging initiative aimed at tracking and eliminating asteroids that could impact the Earth. To achieve its goals, NASA is reaching out to the public for help.

NASA issued a Request For Information (RFI) to the public seeking outside participants to “help NASA refine the Asteroid Redirect Mission concept, formulate plans for flight systems development, and gather ideas for broadening participation in the mission and planetary defense.” At the Asteroid Grand Challenge’s press conference, Tom Kalil, the White House’s deputy director for technology and innovation, said that citizen scientists would play a role in addition to private organizations answering the call. “I think citizens are going to be able to make contributions to solving these problems in ways we haven’t seen before,” Kalil said. He explained that “finding asteroid threats, and having a plan for dealing with them, needs to be an all-hands-on-deck effort.” Responses to the request are due on July 18th.

NASA’s announcement defined Grand Challenges as “ambitious goals on a national or global scale that capture the imagination and demand advances in innovation and breakthroughs in science and technology.” Kalil compared the challenge to John F. Kennedy setting a goal to land on the Moon or the Human Genome Project’s effort to map our DNA.

NASA wants to locate all asteroids that could endanger Earth in enough time for us to fully prepare to deal with them. “While we have found 95 percent of the large asteroids near the Earth’s orbit, we need to find all those that might be a threat to Earth,” said Deputy Administrator of NASA Lori Garver.

The initiative’s most ambitious objective is to capture a near-Earth asteroid using an unmanned spacecraft and redirect it into a stable orbit where humans can land on it and conduct research. This mission could be a dry run for defending Earth from asteroids by changing their paths, and may provide valuable information about the makeup of asteroids and the formation of the solar system. Though NASA has talked about it for a while, this part of the initiative could be beyond their reach; they still need to convince Congress to dole out $100 million just to get them started on the asteroid mission, and it could cost billions to complete.

Kalil underscored the significance of this project by quoting Congressman George Brown, a former chairman of the House’s space oversight committee. “If some day in the future we discover well in advance that an asteroid that’s big enough to cause a mass extinction is about to hit the Earth, and we alter the course of the asteroid so it doesn’t hit us, it will be one of the most important events in all of human history.”

(via NASA, image via NASA/JPL-Caltech)