NASA Unveils Plans for Its Next Mars Rover in 2020

I hope Curiosity doesn't get jealous. 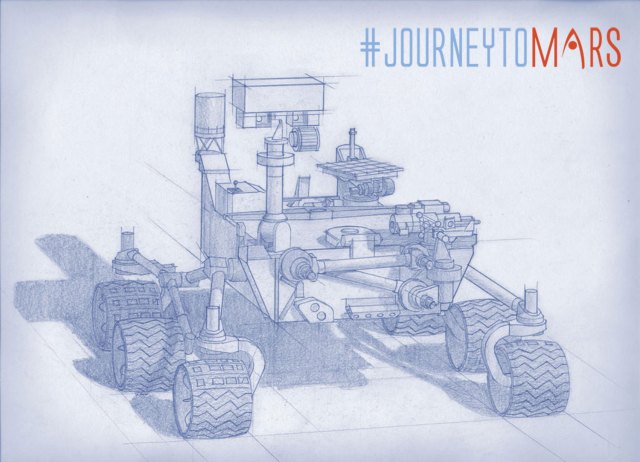 We may not have found life on Mars so far, but it sure is getting crowded up there with all the robots running around. Today, NASA revealed what instruments its next Mars rover, planned for 2020, will take with it out of 58 proposals from around the world. That’s twice the number of proposals they’re used to getting for such missions—looks like everyone wants to get their science to Mars.

Curiosity seems to be taking it well:

Today's the day! Let's all find out what new tools and toys are coming to Mars in 2020! <wishes for a Wii> http://t.co/iZWj3WnAaB

The new rover will be based on the currently operating Curiosity rover, and it’ll feature upgraded cameras to better survey the geology of Mars and directly search for evidence of past Martian life. It’ll also feature equipment for measuring wind speed, atmospheric pressure, relative humidity, and the properties of Martian dust.

That, along with the MOXIE they’ve packed it full of—which is not just adorable robot gumption but actually the acronym for a device that will experiment with creating oxygen out of Mars’ atmospheric carbon dioxide—will allow the rover to determine the potential habitability of Mars for future, manned missions.

Here’s the full detail of what the new rover will be packing when it hits the red planet’s surface (click to enlarge and check out the other fun acronyms the scientists created for their equipment): 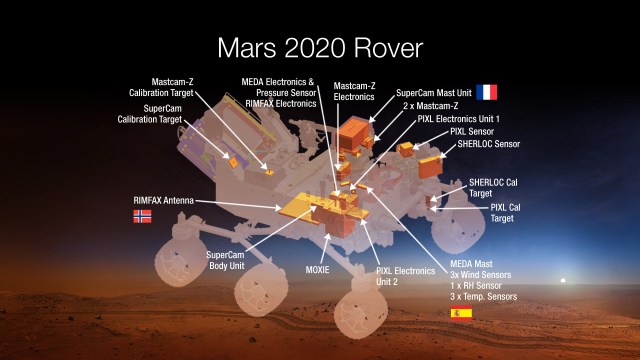 The associate administrator for the Human Exploration and Operations Mission Directorate at NASA, William Gerstenmaier said,

The 2020 rover will help answer questions about the Martian environment that astronauts will face and test technologies they need before landing on, exploring and returning from the Red Planet. Mars has resources needed to help sustain life, which can reduce the amount of supplies that human missions will need to carry. Better understanding the Martian dust and weather will be valuable data for planning human Mars missions. Testing ways to extract these resources and understand the environment will help make the pioneering of Mars feasible.

Go forth, little pioneer! Keep those other rovers up there company and help us finally send some astronauts up there to join you.

(via NASA, images via NASA)