Please make a Bobak Ferdowsi minifig to go with this. 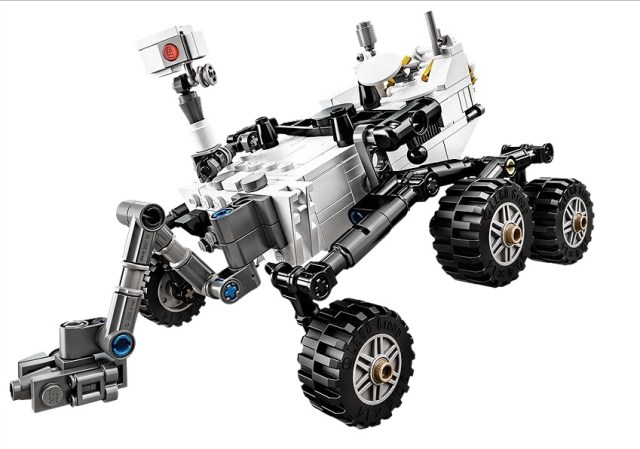 The LEGO Mars Curiosity Rover set is finally available for sale, or was, briefly, before it sold out. We haven’t seen any on eBay yet either, but when they do appear, they’ll probably be somewhere between the $29.99 LEGO price, and the $2.5 billion price of the actual Curiosity mission.

The Curiosity set by LEGO came out of the same open CUUSOO program that brought us Back to the Future last year. It lets LEGO enthusiasts submit designs to be voted on by the community. The top designs get officially reviewed by LEGO for a production run, and if it meets all of LEGO’s criteria, they actually make the set.

Since these are fan-sourced initially, it’s no surprise that CUUSOO sets are very popular and don’t last long before they sell out.

(via LEGO, image via LEGO)