Naomi Osaka Had To Choose Between Career & Mental Health 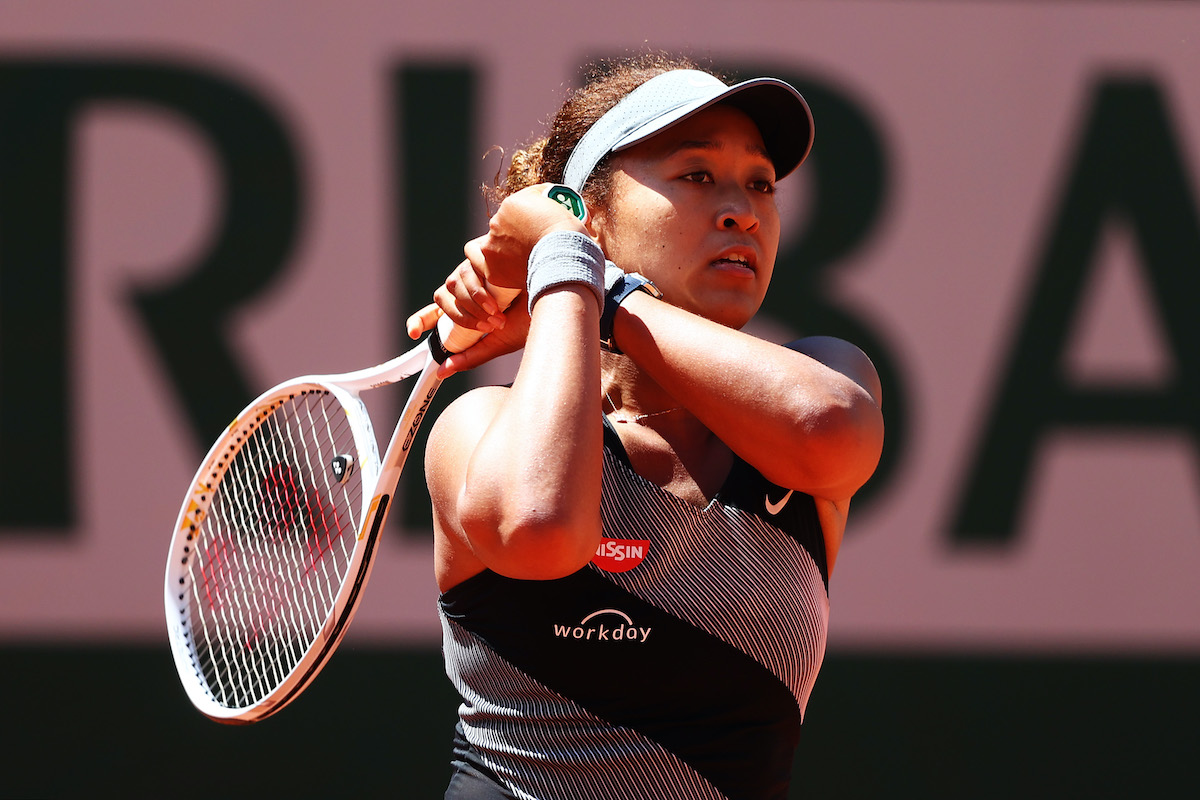 Tennis superstar Naomi Osaka has withdrawn from the French Open in order to preserve her own mental health.

Last week, Osaka announced that she would be refusing to do press conferences at the tournament, saying they cause her to feel intense anxiety. “I’ve often felt that people have no regard for athletes mental health and this rings very true whenever I see a press conference or partake in one,” she wrote in a message posted online.

Osaka described the bombardment of repetitive questions and the apparent desire to cause or at least see a breakdown after an athlete loses a match. “I believe the whole situation is kicking a person while they’re down and I don’t understand the reasoning behind it,” she wrote.

In her statement, Osaka said that there are journalists with whom she has a friendly relationship and that her “not doing press is nothing personal to the tournament.” She did, however, accuse these athletic organizations of ignoring athletes’ mental health needs.

“If the organizations think that they can just keep saying, ‘do press or you’re gonna be fined,” and continue to ignore the mental health of the athletes that are the centerpiece of their cooperation then I just gotta laugh,” she wrote, adding that she hoped the “considerable amount that I get fined for this will go towards a mental health charity.”

After winning her first match of the tournament, Osaka spoke to reporters on the court but skipped the press conference. She was fined $15,000 and the heads of all four Grand Slam tournaments (the Australian Open, Roland-Garros, Wimbledon and the US Open) published a letter saying she was at risk of suspension for failing to meet her “contractual media obligations.”

Osaka then announced that she would be leaving the tournament altogether. “I think now the best for the tournament, the other players and my well-being is that I withdraw so that everyone can get back to focusing on the tennis going on in Paris,” she wrote in a statement posted to Instagram and Twitter, adding that she “never wanted to be a distraction.”

“I wrote privately to the tournament apologizing and saying that I would be more than happy to speak with them after the tournament as the Slams are intense,” the statement reads. “I’m gonna take time away from the court now, but when the time is right I really want to work with the Tour to discuss ways we can make things better for the players, press and fans.”

Since then, everyone from her fellow tennis players to randos on Twitter have been weighing in. The debate is split between those who praise Osaka for putting her own emotional and mental well-being above everything else, and those who still think she should honor those “obligations” as part of her job.

Tennis legend Billie Jean King wrote on Twitter that she was trying “to learn from both sides of this situation.”

“I fully admire and respect what Naomi is doing with her platform,” King wrote, acknowledging that the relationship between players and reporters is different now than it was in her day, but that “The media still play an important role in telling our story. There is no question that the media needs to respect certain boundaries. But at the end of the day it is important that we respect each other and we are in this together.”

Serena Williams is currently playing in the French Open and like many other players there, she was asked about Osaka’s decision to leave the tournament. She said that she definitely relates to the anxiety Osaka described, even if she reacts differently.

“I feel for Naomi,” Williams said. “Not everyone is the same. I’m thick. Other people are thin. Everyone is different and everyone handles things differently. You just have to let her handle it the way she wants to and the best way she thinks she can. That’s the only thing I can say: I think she is doing the best she can.”

Williams also stressed the importance of reaching out and asking for help: “You really have to step forward and make an effort, just as in anything, and say, ‘I need help with A, B, C and D,’ and talk to someone. I think that’s so important to have a sounding board, whether it’s someone at the WTA, or someone in your life, or maybe it’s someone you talk to on a weekly basis.”

What’s upsetting is that Osaka did ask for help in a big way. She issued that statement essentially saying “Here is what I need, I accept the consequences but this is what I need to do to protect myself,” and she was met with complete inflexibility.

It’s also frustrating to see so many people respond to Osaka’s statements with a dismissive “What can you do?” attitude. Yes, speaking to reporters is part of the job but that doesn’t mean that the job can’t change. It doesn’t mean that athletes can’t ask to be treated better or can’t be treated like humans with individual needs. In her statement, Osaka says that she feels the rules of the Paris tournament are “outdated” and seeing the response to her request for grace in the face of her extreme anxiety, it’s hard not to agree.

Osaka wrote in her statement that she has suffered “long bouts of depression” since the 2018 U.S. Open. While she doesn’t give any more details, that tournament was famously overshadowed by the egregious behavior of umpire Carlos Ramos, who seemed to be acting on some sort of personal vendetta against Serena Williams, repeatedly docking her points for frivolous reasons.

Osaka won that tournament but the media created a spectacle, manufacturing a racist, sexist narrative that tried to pit the two women of color against each other. The media depicted Williams as being aggressive and unsportsmanlike in her reactions to Ramos and presented Osaka, who is mixed-race Haitian and Japanese, as a more demure foil to Williams.

It’s not surprising that this event sparked or exacerbated a mental health crisis for Osaka, and it’s doubly not surprising that she is wary of speaking to the press. And given the way much of that media has now turned on Osaka, it’s clear that her concerns were well-founded.

It was just a few years ago that Naomi’s demure demeanor was used to juxtapose against Serena’s “aggression” and now the same thing Naomi was once exalted for is what she’s being criticized for. Misogynor is so flexible in its cruelty. https://t.co/upctCgINJp

The blowback Osaka has seen over the last week is especially striking seeing as she is far from the only tennis player to choose to pay a fine instead of doing a press event. HuffPost writes:

In 2016, Venus Williams paid a $5,000 penalty to avoid discussing her early exit from the Australian Open. In 2010, she and her tennis star sister, Serena, were fined $4,000 each for failing to speak to reporters after a doubles match at Wimbledon.

The presidents of the Grand Slam tournaments issued another statement Tuesday, offering Osaka “support and assistance in any way possible as she takes time away from the court.”

“Mental health is a very challenging issue, which deserves our utmost attention. It is both complex and personal, as what affects one individual does not necessarily affect another.”

“Together as a community we will continue to improve the player experience at our tournaments, including as it relates to media.”

The statement is a step in the right direction. No one is suggesting that the press shouldn’t have access to these athletes at such an important tournament. But those athletes deserve to have some agency, especially if they feel their mental health and emotional well-being are potentially at risk.