Mythic Quest: Quarantine Levels up With Ingenuity and Emotion

The Apple TV+ series returns for a moving COVID-19 special. 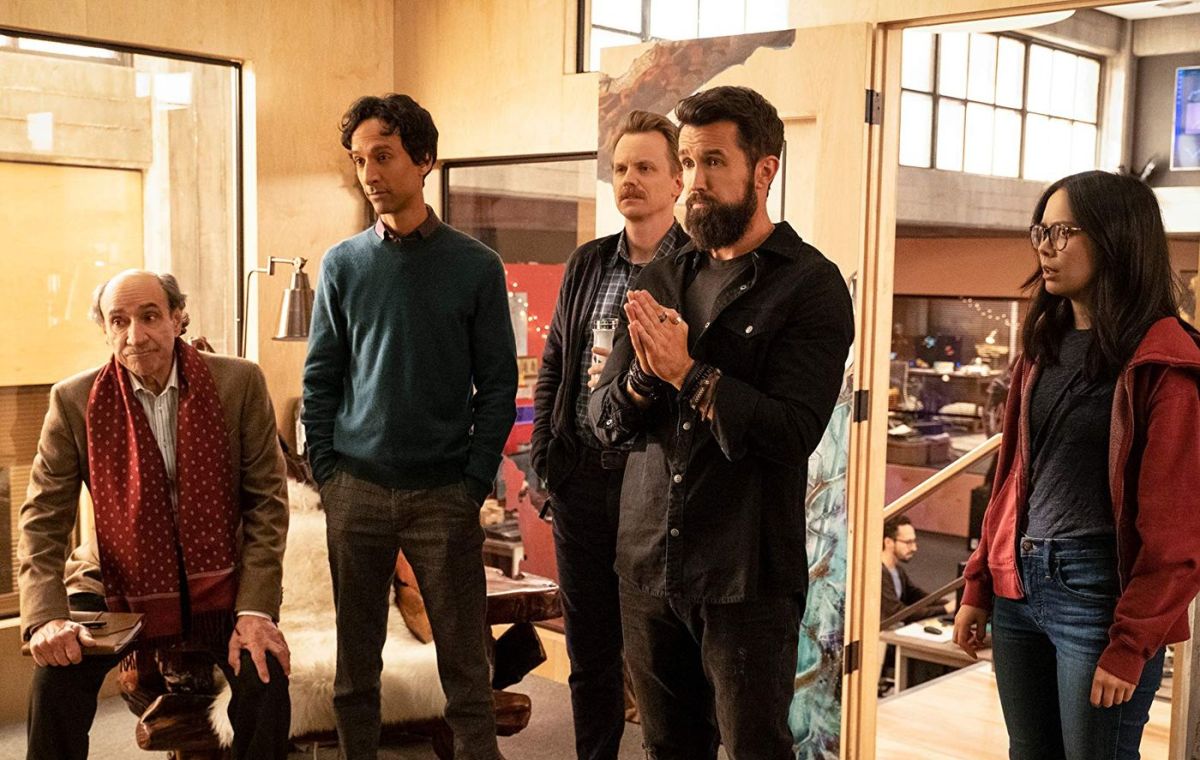 As the coronavirus pandemic rages on, Hollywood has responded with a several attempts at creating new content that reflects the world we’re living in. Shows like Parks and Recreation and Saturday Night Live have filmed shows via Zoom, and studios are assembling A-list casts for specials like The Disney Family Singalong.

But Apple TV+’s Mythic Quest: Raven’s Banquet has leveled up in a special quarantine episode that raises the bar for what can be accomplished with a handful of iPhones and good old fashioned ingenuity. The series, which premiered last month, has quickly distinguished itself as one of Apple TV+’s strongest original shows.

Over the course of the first season, Ian and Poppy learn to respect one another and work together as they prepare to launch an expansion to the game. The quarantine episode, which takes place over video chat, features the familiar hallmarks of previous Zoom specials. Jokes are made about older folks struggling with the technology, and everyone struggles to work while stuck at home.

Since the series is based in the tech world, it naturally lends itself to remote working, and we watch as workaholic Poppy falls down a rabbit hole of productivity while working on a game patch. In a convenient coincidence, last season ended with the team launching an in-game illness called “blood ocean” that affects the avatars. Now, with COVID-19, Poppy is rushing to add an in-game vaccine.

The episode is brisk and funny, but leans into the tender heart of the series. Mythic Quest revolves around desperately lonely people for whom work is their own annoying family. And as the episode goes on, Poppy finds herself falling into a deep depression once the patch is done.

The show has created genuinely moving episodes before, most notably with the one-off episode “A Dark Quiet Death”. But the series does its best work with Ian and Poppy bonding over their shared loneliness and isolation. It’s a major feat for a Zoom episode to be so funny and move you to tears.

Their relationship would be reason enough to call this the best quarantine episode of television so far, but the series isn’t content to rest on those talents. The cast and crew assemble a mind-boggling Rube Goldberg-style sequence that travels from one Zoom window to the next. It’s a massively complicated group effort that pays off as an emotional bonding experience.

And if that weren’t enough, Rob McElhenney and Apple have teamed up to donate $600,000 to COVID-19 relief efforts. It’s a lovely thing to do, and ties in with a charity donation subplot within the episode. McElhenney said of shooting the episode, “Honestly, it was the hardest production I’ve ever been associated with, but it is also, by a mile, the production of which I’m most proud.”

If you haven’t watched Mythic Quest yet, it’s time to move it to the top of your quarantine queue.