The White Rabbit Project was announced at DragonCon. 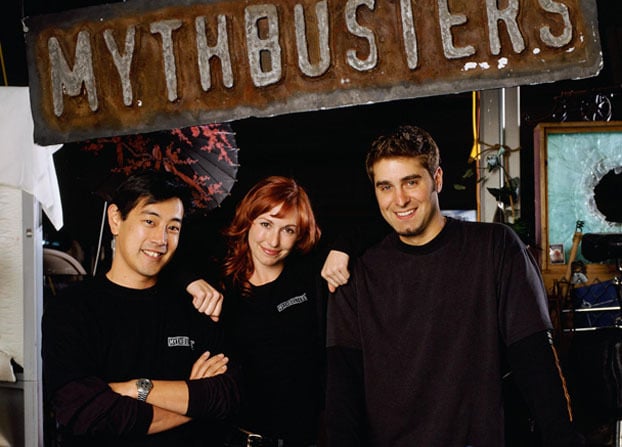 It’s been a little over two years since the unexpected announcement that the Mythbusters “build team”–consisting of cast members Kari Byron, Grant Imahara and Tory Belleci–were going to be departing the show. As it turned out, all three wound up leaving just one season prior to the series end, and while fans were initially surprised and dismayed when the build team left–it turns out that Netflix is going to be giving back what was taken away. It was confirmed at this year’s DragonCon that Byron, Imahara and Belleci are going to be heading up a brand-new series for Netflix called the White Rabbit Project:

Deadline is offering up a small summary of what we can expect from this new reality show:

In the Netflix series, the three head down the rabbit hole to investigate weird and wonderful events from pop culture, science and history. Under their microscope are topics as diverse as jailbreaks, superpower technology, heists and crazy world war two weapons. In each episode the hosts immerse themselves in experiments, builds and tests as they sleuth the truth behind these and other well googled themes.

However, this news may not be as new to some fans–the trio have been teasing glimpses at production on the new show since it first started shooting in May. Bear in mind, however, that this series will differentiate from the Mythbusters reboot–which will be launching a reality series to find new hosts on the Science Channel.

The White Rabbit Project will launch globally on Netflix on December 9.

(via Deadline, image via Discovery Channel)