The makers of My Little Pony: Friendship is Magic were given the difficult job of rebooting an almost thirty-year-old brand for the little girl of the new millenium, so it’s no wonder they took a stab at abandoning the pony idea entirely for something new.

For example, My Little Dalek: Exterminate is Magic, was tried, but the actors were found to be somewhat recalcitrant coworkers.

Similar problems were encountered with My Little Turret: Friendship is a Lie.

My Little Donut: Sugar is Magic was entertained for only a few minutes, right before lunch.

Showrunners are divided on whether My Little Toaster was the product of an early morning meeting or a late night Battlestar Galactica marathon. 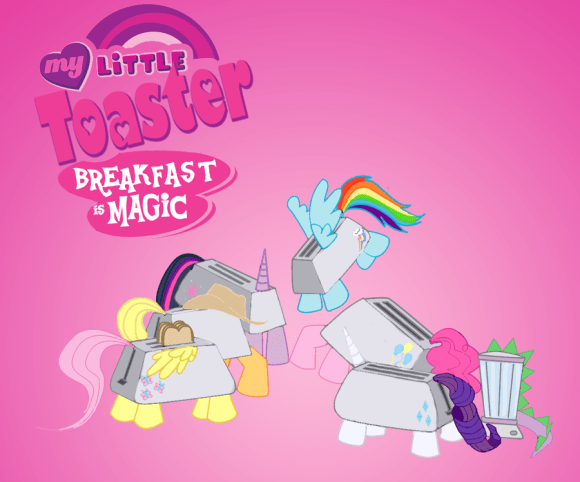 The following was, of course, the product of an attempt to make the show more science education oriented. 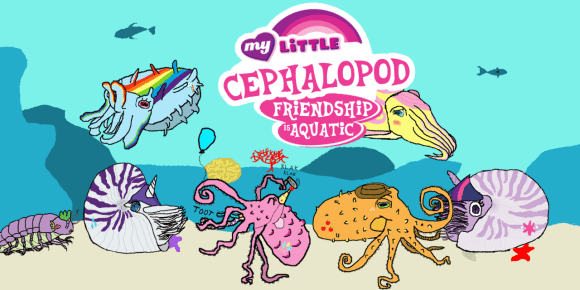 And obviously My Little Evee: Friendship is Battles turned out to be very much copyright infringing.

So all that was left was My Little Pusheen, and if they’re going to be cats anyway, we might as well go back to the ponies idea. 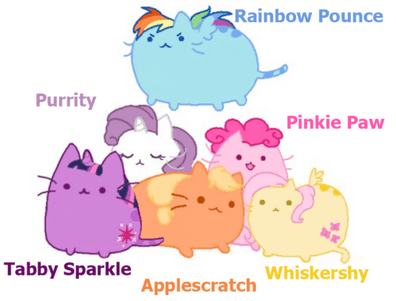 (Pictures collected by How Do I Tumblr? Any information on sources is welcome!)