Adhesive Inspired By Mussels Could Glue Blood Vessels Back Together 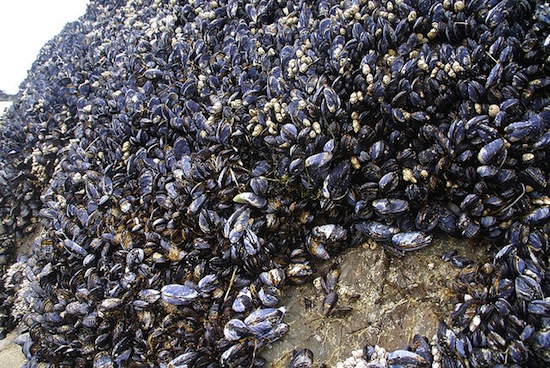 I figure it’s safe to say that most of us have ended up getting stitches at some point in our lives. Not to imply that y’all are snitches — stuff just happens, right? If you haven’t gotten stitches, please ask your nearest friend who has made their living in a kitchen or on a construction site — they probably have a story about getting stitches at some point. It’s going to sound terrible, and it was definitely worse than it sounds, because getting stitches sucks. The hope for an adhesive solution that lets doctors close wounds without resorting to stitches, staples, or sutures is a lasting one, and researchers at the University of British Columbia appear to have made some headway toward that goal. In a study published today in the journal PNAS Early Edition, the UBC team reports promising findings that the adhesive that mussels use to stick to the rocky shores where they make their home has inspired a new medical glue that can reattach and hold together severed blood vessels.

UBC researchers have synthesized a gel inspired by the amino acids that mussels use to keep themselves anchored in often rough waters. The mussel’s adhesive combines two factors that researchers were looking for in a blood vessel glue — the strength to stick objects together and the flexibility to go with the flow of its environment. Christian Kastrup, an author on the study, says:

By mimicking the mussel’s ability to cling to objects, we created a substance that stays in place in a very dynamic environment with high flow velocities.

In other words, the mussel-inspired gel is the Paul Atreides of medical adhesives, knowing when to stand its ground, and when to bend like a reed. That leaves it strong enough to hold together ruptured or otherwise damaged blood vessels while not being washed away by the constant rush of blood through them. It could also provide relief for patients who need a stent inserted to keep blood vessels open by preventing the inflammation that stents can cause — inflammation which can defeat the purpose placing a stent in the blood vessel in the first place.

While the gel is a blood vessels only proposition and not suitable for surface wounds yet, this is promising work that’s at least a little more advanced than the time-honored practice of closing a cut with superglue, about which anyone who has ever done it will tell you two things. First of all, it makes you look hella manly. Seriously, “Ron-Swanson-punching-out-Ghengis-Khan-while-knocking-back-a scotch” levels of dudeliness are achieved by this practice, end of story. Second of all, it’s a pretty stupid way to try and self-treat an injury, and one that’s likely to leave you with a swollen, pus-ridden infection that could have been easily avoided by not being a moron. Again, seriously — it’s a real dumb thing to do. Put on a damn Band-Aid like a grown-up and get over yourself.