Alleged Groper Can No Longer Sue Taylor Swift, But the Jury Will Still Hear His Claims Against Her Mom 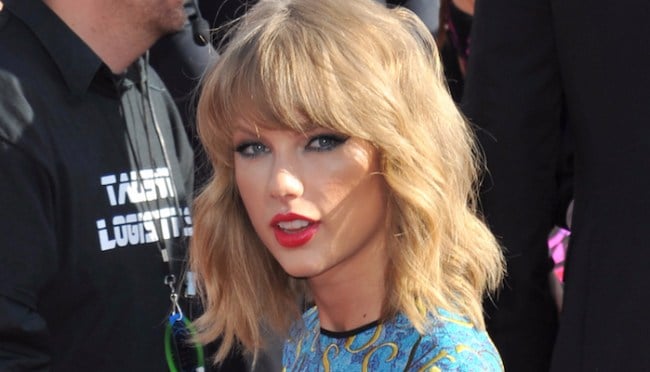 Former KYGO radio host David Mueller initially sued Taylor Swift, her mother Andrea, and her radio manager Frank Bell for $3 million in damages, alleging that they “ruined his career” after Swift accused him of groping her at a meet-and-greet. Rather than giving in, Swift countersued for a symbolic $1, alleging sexual assault and battery. Her testimony on the stand has been savage and sharp – and yesterday, a federal judge threw out all Mueller’s claims against Swift herself, and four of the five claims against her mother and Bell for “lack of evidence and witness testimony.”

However, the judge still allowed the charges of “tortious interference with prospective business relations,” brought against Andrea Swift and Frank Bell, to proceed to the jury – as well as Swift’s symbolic $1 countersuit for sexual assault and battery.

I’m so happy for Swift, who was brave enough to counter-sue this man and publicly accuse him. But I hate that Mueller can still sue her mom for the crime of advocating for her daughter. Andrea Swift told the radio station what happened, justifiably furious. And for the “crime” of reporting an (alleged) assault and defending her child, she can be sued because that report damaged this asshole’s career?

“I was upset to the point where I wanted to vomit and cry at the same time,” Andrea Swift said at the trial, describing her reaction to the alleged assault. “We felt it was imperative to let his employers know what happened.”

And it was imperative! If some creep touched anyone in my family that way, you can bet I’d tell the radio station what he did. Hell, I’d tell anyone else who was considering hiring him what happened, because it would be my genuine moral duty to do so. And if doing her moral duty qualifies as “tortious interference,” then honestly, Andrea Swift should be proud of herself.

Based on the judge’s ruling from May, this all comes down to a question of who the jury believes. If the jury believes Mueller’s testimony to be true, rather than Taylor Swift’s, the judge wrote, they might “conclude that Defendants acted with reckless disregard for the veracity of their accusations, or based on a grossly inadequate investigation.”

However, the judge also emphasized that “there would appear to be nothing improper about Swift — or any other person — making an honest report to an entity with which she does business that one of its employees assaulted or harassed her. Indeed, in the undersigned’s view, the policy of the law should encourage the reporting of actual assaults, not attach liability to it.”

AND YET. Here we are, waiting for a jury to deliberate on a lawsuit which was meant to penalize the Swifts for reporting an assault. Here we are, considering whether believing your own daughter when she tells you a man assaulted her is a “grossly inadequate investigation” of the claims.

Even Taylor Swift – with all the protections of being white, cis, wealthy, skinny, heterosexual, and blonde – isn’t allowed the privilege of having her bodily autonomy respected. If some regional radio DJ wants to grope you, you’re supposed to smile and bear it – and if you dare report what he did, that same hack DJ will sue your mom for believing you and vigorously defending you.

(Via The Hollywood Reporter and E! News; image via Shutterstock)