If You’re Thinking About Being on MTV’s The Real World … Don’t. Please. 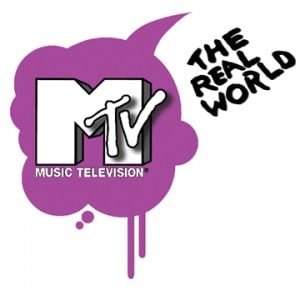 MTV‘s The Real World has officially stopped being polite. While we kind of knew this had happened by about the fifth season of its longest-running show (now casting its 26th season!), the contract spelling out any potential liabilities for the show is now warning cast members that some of the things involved with being on The Real World include having a nervous breakdown, losing limbs, contracting STDs, and “the possibility of consensual and non-consensual physical contact.” Also, they’re not going to screen anyone for diseases, including AIDS, which you also might catch. You also might die. By the way, none of this is the responsibility of MTV, and it will be all your fault. Seriously, it sounds like it’s a reality show based on Saw.

I recently had a conversation with someone about The Real World and 1990s-MTV nostalgia, and “they don’t make ’em like they use to,” and all those things that we elderly Gen-Xers talk about when we’re faced with things like Jersey Shore — but mostly, the recent editions of The Real World. And my friend said, “They should just call it Fighting and F*cking.” And yeah — that’s pretty much all they do now on that show. While looking like what is meant to be considered “hot.” In other words, not at all real. We mourn what The Real World used to be: a social experiment with a small, diverse group of young people, exposing themselves to each other’s differences, racial issues, sexuality, religion, culture, etc. (And no one looked like they were yanked straight from the set of an AXE commercial, I’ll tell you that.) But one thing that didn’t happen was rape. (“It wasn’t not funny” incident notwithstanding.)

In an attempt to cover its ass in every which way possible, MTV has released a 30-page contract that was recently published at The Village Voice web site. Here is some of the “tame stuff” from the Hollywood Reporter’s highlight reel:

• You grant the Producer blanket rights to your life story. (49)
• The Producer can do pretty much anything they want with your life story, including misrepresent it. (49)
• You promise not to hide from MTV cameras in establishments where they can’t film. (20a)
• You authorize the Producer to have total access to your school records, government forms, your credit history. (19)
• The production crew can show up at your personal house at any time to film and/or to take anything they want, as long as they return the objects once production has ended. (20a)
• Under ordinary circumstances, all of this would be considered a “serious” invasion of privacy. (11)

That’s not even the scary part. Here is a shot of an especially disturbing part of the contract from Jessica Valenti:

Make sure you read that last highlighted part again: no participants will be told by the producers whether or not their fellow housemates have sexually transmitted diseases including AIDS. People on The Real World might have diseases and not tell the producers who hired them, and the producers who hired them will not be held responsible if any of those diseases are contracted. And that little chestnut is only a teensy little part of it. Because according to the contract, it’s not just your sexual health and well-being that’s at risk, it’s your mental and physical health too:

• You may die, lose limbs, and suffer nervous breakdowns. (Stipulation 1)

But also, no preventive measures against potential criminal activity because according to Stipulation 7, “[p]roducers are under no obligation to conduct background checks on your fellow cast members.” So, no screening for/disclosure of transmittable diseases and no background checks on possible violent offenders.

What, exactly, is the message we’re supposed to glean from this? That MTV has not only given up on providing quality programming, but also safe living conditions for the people it puts on its shows? That MTV is willing to put a bunch of people in a powder keg for the sake of entertainment, without any responsibility for the aftermath, even if it means putting their actual lives at risk? This isn’t just humiliating drunkenness or even the obligatory sloppy hookup. What you’ve said with this contract is that you are completely acknowledging that the environment of The Real World is filled with actual dangerous behavior. Criminal behavior. Possibly on the part of the producers. No one cares who is getting drunk, no one cares who’s (consensually) doing whom, or how bad everyone looks after the editing process. That’s reality TV (and fameballs). But once there’s law-breaking and physical danger — not limited to sexual — do you really think your hands are going to be clean if it actually does happen? Even with this contract? Yeah, probably not. You’ve just upped the Skeeze Ante pretty high. And we thought it was just government security contractors who had anti-rape-prosecution clauses in their legalese!

I won’t subject everyone to another story about how I used to watch it by candlelight after trudging uphill in the snow with no shoes, but The Real World is a joke nowadays. That’s fine. Those of us who lost interest stopped watching. But this is just beyond “snake-belly” low, MTV. This is exposing people to disease, rape, and violence and looking the other way. That’s like inviting people to your shady sushi restaurant and saying “If you get salmonella, it’s your fault.” And I know that warning is on every menu, but this is still way worse. And incredibly creepy.

(The Village Voice via Hollywood Reporter, Jessica Valenti on Tumblr)