MTV Might, Maybe, Possibly Be Thinking About Picking Up Locke & Key (Maybe) 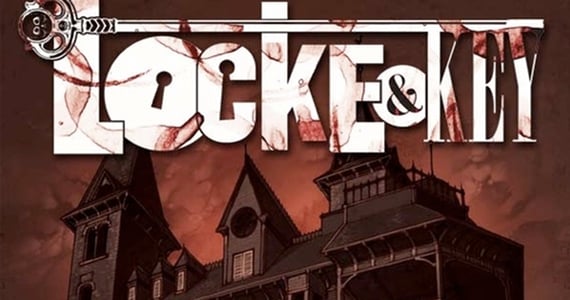 All summer long, we heard about a pilot that was shot, a TV adaptation of the IDW title Locke & Key, that could not find a home. Both Fox and SyFy had the chance to pick it up, but both passed, mostly due to budgetary reasons. But the pilot itself, which was shown at San Diego Comic Con this year, has been getting great buzz and those who have seen it are starting to really push for someone to pick it up. And now that MTV is looking at Locke & Key, there might be a glimmer of hope for another high-quality, supernaturally-themed show. But that’s a big “maybe.”

Right now, it seems like a lot of people are interested in Locke & Key, but no one really knows how to fit it in their budgets. Plus, because no one picked up the show, all the contracts of the actors who were in the pilot — including Miranda Otto, Nick Stahl, and Jesse McCartney — have expired, making the pilot that is being sold almost obsolete. The pilot’s writer, Josh Friedman, is also committed to developing a different show for Fox, so he might not be available either. Producers Alex Kurtzman and Roberto Orci, who also created Fringe, were putting tons of effort behind the show, only to find a complete lack of commitment to a pickup.

But the trailer for the show (most likely cut by Fox for the up-fronts in May) became a viral hit, and what it looks like is a show similar to FX‘s American Horror Story, but maybe a bit more family-friendly. The comic, written by Joe Hill and drawn by Gabriel Rodriguez, is about the Locke family, who flees to a family estate in Lovecraft, Massachusetts after the father is murdered by a teenager who is possessed by a paranormal force. Hill weighed in on Twitter … by not really weighing in, except to say that people definitely like the show and that “All doors have not been locked.”

There is reason to remain the tiniest bit optimistic about Locke & Key making it to the small screen, but if it does — and that’s still a big “if” — there’s a really good chance that it will be a much different show. Here is the trailer: