Kamala Khan Just Had One of Her Ms. Marvel Catchphrases Added to the Dictionary 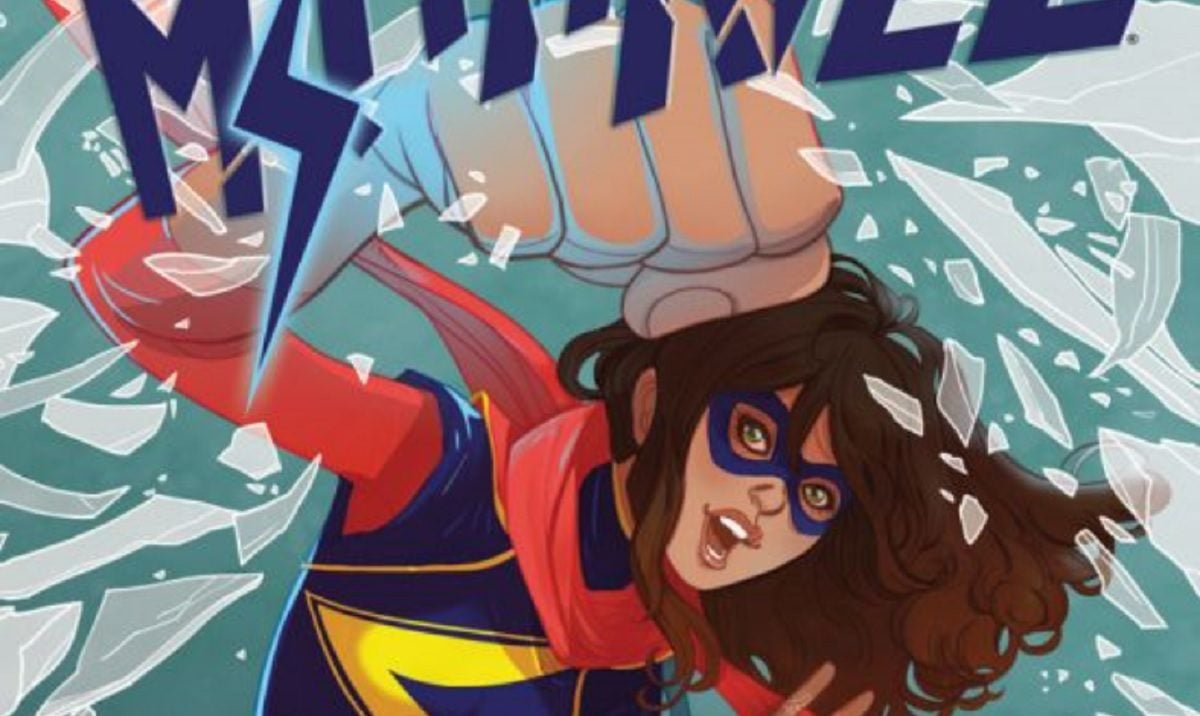 Kamala Khan, a.k.a Ms. Marvel, just had one of her superhero catchphrases added to the Merriam-Webster Dictionary. The team at Merriam-Webster.com recently added definitions for 850 new words, ranging from cryptocurrency to Antifa to kombucha, and one of them was “embiggen.”

Now, I know that this word initially came into the pop-culture mainstream on The Simpsons, way back in 1996, and Kamala is neither the first nor the last fictional character to use the phrase. But just look how the dictionary itself chose to illustrate the inclusion of “embiggen”:

Also, ’embiggen’ is now a word we enter. https://t.co/3XmkZO0ral pic.twitter.com/wLUDsWIAga

We know who they were really thinking of.

Kamala use the word “embiggen” (and sometimes its opposite, “disembiggen”) to describe her Inhuman superpowers. “I can’t claim to have invented the word ’embiggen,'” said Ms. Marvel writer G. Willow Wilson to Marvel.com, “but I’m thrilled to have been a vector for its current popularity. I can remember the exact moment it first slipped out when I was attempting to describe the way I envisioned Kamala Khan’s powers to Sana [Amanat, co-creator and series editor]. It was such a convenient, cheerful little verb. From that day on, it made its way into every single Ms. Marvel script. I’ve often thought, ‘It’s a shame this isn’t a real word, because we don’t really have another English verb for ‘get big fast’.’ And now it is a real word. The dictionary has spoken. The English language has been embiggened today.”

The Merriam-Webster Twitter account has been beautifully trolling and schooling Trump and his administration, so I’m delighted to find that they also have excellent taste in comic book heroes.