Scientists Use MRI To Record Childbirth, Among Other Things | The Mary Sue

Scientists Use MRI To Record Childbirth, Among Other Things 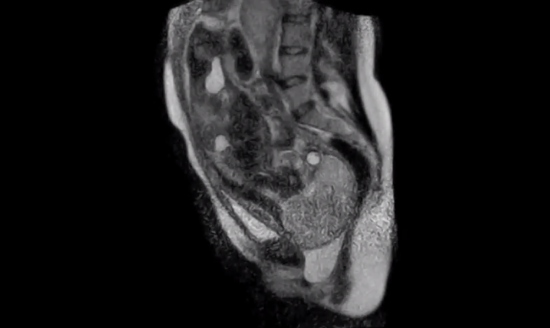 In 2010, a woman in Germany gave birth in an MRI machine, allowing scientists to see live cross-sectional childbirth. Now, finally, the video is released, and we can all watch the awe and nausea-inducing wonder that is the human birth. Of course, if you’re interested, we’ve also found some other things done in MRI machines. Pre-childbirth, if you get what I mean.

The team at Charité University Hospital in Berlin developed new fetal monitoring equipment to withstand the magnetic fields in the MRI. The video is composed by joining the repeated images taken by the MRI of the same cross-section of the body, a technique called cinematic MRI. Naturally, this technology is not developed for the Internet’s viewing pleasure, but for improving techniques during labor and delivery. Being able to see inside the body would make it easier for doctors to see what’s going on, and to better prepare for complications.

The video shows the second stage of labor, a stage awesomely called the “fetal expulsion stage.” Look at those eyeballs staring. Staring.

Now that you’ve seen how childbirth really works, you’d want to see what comes before.

Well, scientists have conducted experiments “to find out whether taking images of the male and female genitals during coitus is feasible and to find out whether former and current ideas about the anatomy during sexual intercourse and during female sexual arousal are based on assumptions or on facts.”

You can view their paper here.