Del Toro’s At the Mountains of Madness Is Actually, Apparently, Not Happening At All 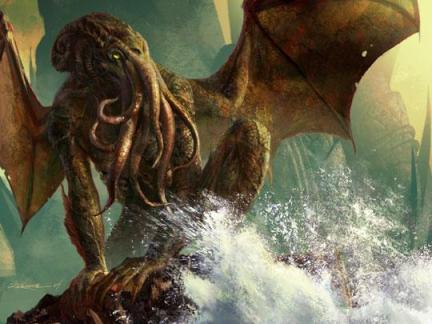 We held off on reporting on this yesterday, because we just didn’t want it to be true. But despite the a lot of strong initial details to the contrary, it’s pretty much confirmed, now. Due to budget and rating concerns from Universal Pictures, Guillermo Del Toro is shelving At the Mountains of Madness for now.

From The Daily Blam!:

Though At The Mountains Of Madness was been repeatedly dubbed del Toro’s passion project, it seems he is not working on it’s development anymore. CriterionCast.com exchanged emails with the director, first asking: “I’m sure everyone is e-mailing you this question today, but is this June start date for Mountains of Madness true.. Got your greenlight?” To which del Toro simply replied “The opposite. Dead.”

According to Deadline, it was the budget of $150 million and the insistance on creating an R rated film that made Universal hesitant. Says Mike Fleming:

The film is more horror than action adventure and i’m told it would have to generate $500 million in worldwide grosses for the studio to earn its money back. That means it would have to be a Lord of the Rings or Inception kind of achievement, which is a lot of performance pressure to place on an R-rated horror film.

It’s unclear what Del Toro will be doing in place of Mountains. Some reports put their money on Pacific Rim, a “a large-scale alien invasion film.” Whatever winds up on the director’s schedule next, Cthulhu will have to wait.

We hear he’s good at that.

At the Mountains of MadnesscthulhuGuillermo del Toro