A Plea for More of the Strange, Weird and Fringe 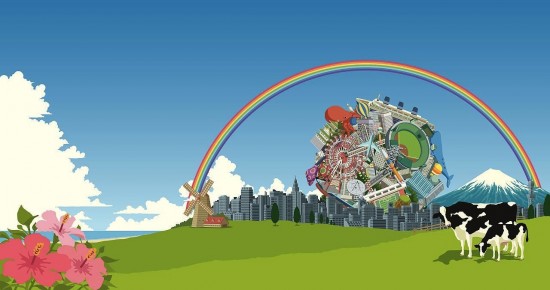 Imagine, if you will, that you’ve bought a lovely steak for dinner. It might be a good or a bad steak, but it’s still a steak. Now, imagine if all you could buy from the store was a variety of steaks. Rib eye, T-bone, sirloin, strip — lanes and lanes full of different kinds of steak. For a while, this might seem great, especially if your favorite meal happens to be steak. But eventually, given some time, even your favorite meal will become tiresome if that’s all you’re consuming. Worse yet, what if you don’t like steak or happen to be a vegetarian? Then you’re just out of luck.

This is the current lamentable situation of the modern gamer. There are so many games that are just paint-by-number rip-offs or less direct clones of other noteworthy franchises. Often enough, even the games that they rip-off are clones themselves. This kind of reciprocal cycle is fairly obvious to anyone that plays their share of games. Those who study or write about games on a regular basis are particularly aware of this issue.

This is why a game like Catherine is seen as such a breath of fresh air. That’s not to give any positive or negative opinion for the game, just that it’s certainly different from the mold. It could be a poor game for all I know, but that doesn’t mean I don’t appreciate the fact that it’s shooting for something that’s outside of the comfort zone of most publishers, gamers or developers. It’s easy to aim for the lowest common denominator; there’s more respect for those who tackle something a little more difficult.

It’s not like there haven’t been games on the fringe before this though. The typical environment for developing games has produced its share of different titles, but the indie development scene is littered with attempts at trying something different, something new, or testing concepts in general. Sometimes, these games — both professional and otherwise — can range in quality and popularity, such as the wildly successful Minecraft versus the more-concept-than-game Scribblenauts. So, it’s not as if simply making something different will equal success.

Sometimes, different just means taking an old genre and tweaking it. Rock Band didn’t invent plastic instruments, nor did Heavy Rain invent adventure point-and-click games. Some — like managing editor James Plafke — might even go so far as to say that Heavy Rain is essentially Quantum Dream’s other game, Indigo Prophecy, with technical upgrades [editor’s note: I totally did]. Different can also be divided along party lines between game mechanics, writing and aesthetics to name a few. Bastion might be your standard game, but the atmosphere it creates allows it to stand apart.

So, here it is: A plea from me and all those like me who just want to play something radically different again. Games like Katamari Damacy, Shadow of the Colossus and Patapon have shown that games that try something different can still be successful. This goes for all sorts of developers and publishers, large and small. It’s a hard sell, sure, and it requires some vision and creativity instead of work practices reminiscent of assembly lines, but as the general public continues to consume more and more video games, these fringe games will almost become a necessity and increasingly less fringe than ever.

What it comes down to is genre fatigue, in general. There’s been an absolute glut of FPS games of late that all fall into similar premises. A number of other genres have the same issue, just not the same degree. It’s only going to produce this kind of fatigue faster than usual to have ever more players hitting up what appear to be games that are carbon copies of others.

So, hopefully, with the range and breadth of those being added to the gamer fold, the fringe areas will expand as well. One can only hope.