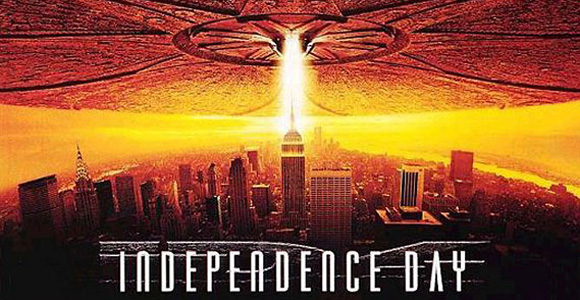 Kick the tires and light the fires, there’s a possibility we’re getting not one but two Independence Day sequels. I don’t care what happens as long as they have Jeff Goldblum attached.

I can’t believe it’s been 15 years since Independence Day first hit theaters and treated us to all sorts of visual and audio delights. Well now director Ronald Emmerich and writer Dean Devlin are readying two sequels for us. But what about the film’s big-time star?

“Negotiations to get [Will] Smith back on board for these flicks, which would be shot back to back and tell one massive story, have apparently been going on for a couple of years at this point, but Smith hasn’t committed,” writes Blastr. “FOX has been reluctant to meet his reported demand for a $50 million payout to star in the dual films, especially when Emmerich’s fee is pretty hefty by itself, and negotiations were put on hold to give Emmerich and Devlin time to finish the scripts.”

“They’re intended to be fulfilling movies onto themselves—you could see each separately and enjoy them—but they tell one big story,” an source told Vulture who also said the films would likely go on with or without Smith although they certainly are hoping to score him.

The actor has Men In Black III set for release next year but isn’t doing as much work as he used to in order to spend time with his family. As Blastr points out, filming the sequels at the same time would be to his advantage in that aspect.

The scripts are expected to be delivered this December. Allow us say, “must go faster!”

(via Blastr via Vulture)