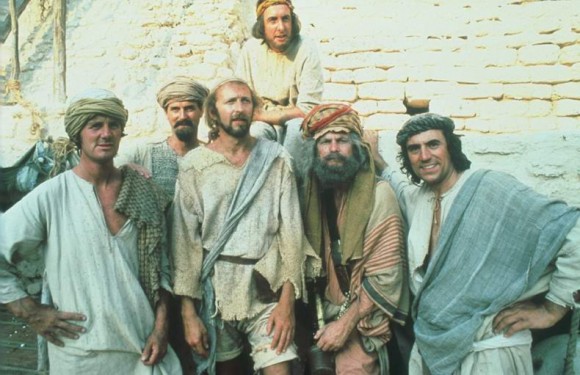 So, this is going to happen: The BBC has announced the production of a “comic drama” called Holy Flying Circus, which will chronicle the controversy surrounding Monty Python‘s 1979 film Life of Brian. No, wait — there’s more. This story being told to us will incorporate animation and puppets. Monty Python. Animation. Puppets.

In addition to incorporating “surreal cutaways including puppetry and animation,” Holy Flying Circus will follow the movie’s controversy to a legendary 1979 BBC debate between [broadcaster] Malcolm Muggeridge, the Bishop of Southwark Mervyn Stockwood, and Monty Python members John Cleese and Michael Palin. Actors Darren Boyd and Charles Edwards have been cast in the roles of Cleese and Palin.

First of all, what a wonderful name: Malcolm Muggeridge. How did that not make it into Harry Potter (along with Benedict Cumberbatch)? Second, there is no better way to recreate an international religious kerfuffle over a silly, silly Monty Python movie than with animation and puppets. But those animations had better be in the style of Terry Gilliam or else … or else we will probably all watch this anyway for the puppets alone.

Here is the background: When a movie about people worshiping a mistaken savior was being released by the prolific British comedians, church leaders were offended, saying that Christ was being mocked, and Life of Brian was then banned in several countries. To set the record straight, Michael Palin and John Cleese appeared on television to defend their movie and convince the offended parties that their movie was not mocking Christ or Christians and that they had gone out of their way to present their story accurately. Muggeridge and Stockwood responded by being condescending fuddy-duddies. The debate gained a lot of coverage at the time, and now it will be re-enacted for our enjoyment.

It’s unclear whether the actual Pythons will be involved in this film, but the people behind it seem reliable enough — Tony Roche (In the Loop, The Thick of It) will write the script and Owen Harris (Misfits) will direct.

And here are our stand-ins for Mr. Cleese and Mr. Palin, respectively. Meet Darren Boyd: 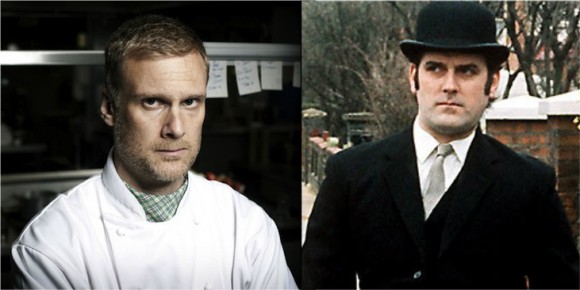 His resume includes a lot of British comedy, so there is no way he’ll be allowed to fail. And this is Charles Edwards: 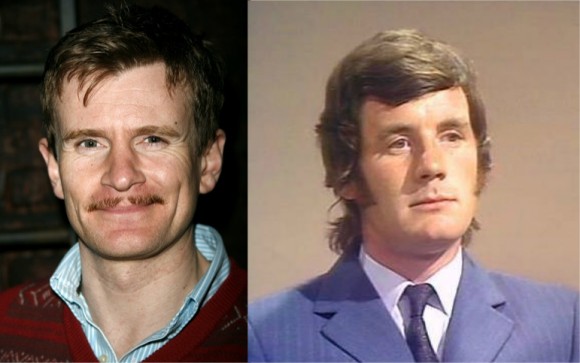 He is an accomplished British actor who actually appeared as a Wayne Enterprises Executive in Batman Begins. But what’s really cool about this casting is the actual physical resemblance to the iconic people they’ll be playing. The rest of the cast are comedian Steve Punt (Eric Idle), Rufus Jones (Terry Jones), Edinburgh Comedy Award winner Phil Nichol (Terry Gilliam), and Tom Fisher (Graham Chapman). (And they all look pretty much near perfect as well.)

Movieline also dug up the debate in question. You might be interested to know that David Tennant has provided the narration:

So, now, imagine all of this with some puppets and animation thrown in. It will air on BBC Four in the fall. We will see it if it means having to physically ship ourselves in a crate across the pond.