There Has Been a Monkey Theft, Which We Wish Was as Adorable as It Sounds

Call the monkey police! They'd ride in on mini motorcycles with their little monkey badges. Aww. 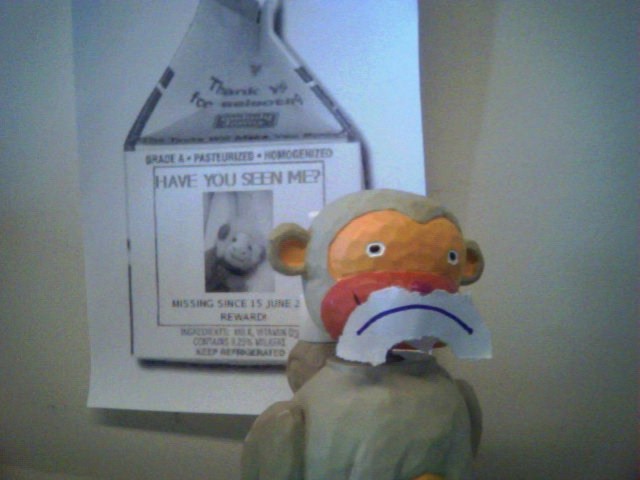 Fortunately, this monkey theft does not involve a monkey stealing from people, since that would be really hard to prosecute, because monkeys are the best. No, this involves the much more unusual act of a teenager actually stealing monkeys from someone. He stole parrots, too. This kid really has a thing for animals that can do people stuff.

According to classmates’ statements to police, the Port St. Lucie, Florida boy was trying to get back at an exotic bird breeder for an earlier incident. The man had called the cops on the boy and his friend about a month earlier, because he saw them outside of his home and thought they looked suspicious.

You know what’s a great way to prove that you weren’t being suspicious? Steal stuff. That’ll show `em how wrong they were about you. How could that possibly fail?

The boy made off with $11,000 dollars in monkeys and parrots (two Cotton-Top Tamarins and four African Grey parrots), which is definitely not a sentence you expect to ever read. He was arrested on felony charges of burglary and grand theft after an anonymous tip that he’d been bragging about the incident in school. Another genius move. How did this mastermind ever get caught?

Authorities have searched several areas near the boy’s home and are still hoping to find the animals alive and safe. We hope they’re OK, too.

We’re guessing the police probably didn’t even bother asking the boy, because there’s no way anyone could keep a straight face walking into an interrogation room and saying, “Where are you hiding the monkeys?”