Does she at least get the little coat back? 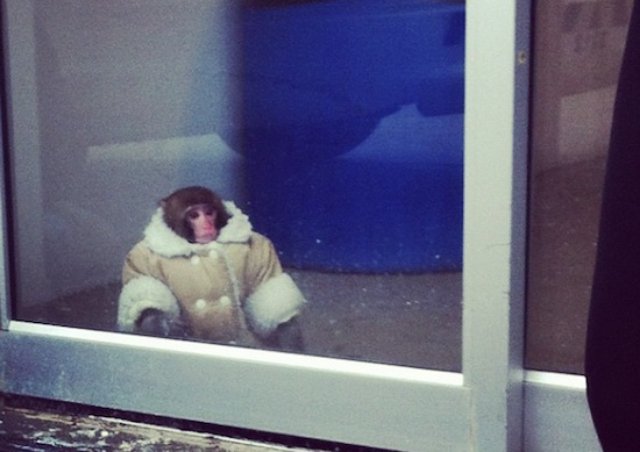 The IKEA monkey caught the Internet’s attention a few months ago because, well, it was a monkey in a coat at IKEA and that’s the sort of thing the Internet loves. A custody battle erupted after the monkey was apprehended, and a judge has ruled that it shouldn’t be returned to its former owner. What’s to become of IKEA monkey?

IKEA monkey, whose name is Darwin, but might as well be IKEA Monkey at this point, has been kept at the Story Book Farm Primate Sanctuary in Sunderland, Ontario since December when it was taken by Animal Control from the Toronto IKEA.

The former owner of Darwin, Yasmin Nakhuda, had sued the sanctuary to get Darwin back, but as owning a rhesus macaque like Darwin is illegal in Toronto it wasn’t looking good leading up to Judge Mary Vallee’s decision.

Lawyers representing the sanctuary said the case came down to Canadian wild animal property law, and was not an issue of who loved Darwin more. If that were the deciding factor Darwin would belong to the Internet at this point, because dang does the Internet love that little guy.

It seems like the judge agreed, and Darwin will stay at the sanctuary. In a blog post on their site, the sanctuary says:

Darwin has continued to grow and thrive since arriving at Story Book last December.  We will continue to watch him grow and develop into the monkey that he was always supposed to be.

There was no word on what became his adorable little coat, but we suggest putting it on permanent display at the Toronto IKEA.