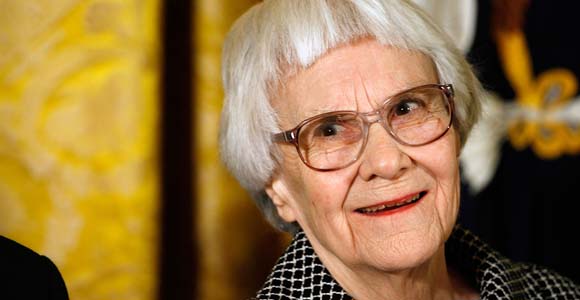 Pulitzer Prize-winning author Harper Lee dropped the proverbial mic after To Kill a Mockingbird and has been living a fruitful life ever since. However, a recent bump in the road has brought her name back into the news. She’s suing her agent over the rights to her famous work, rights she says were stolen using trickery.

Lee filed the lawsuit in Manhattan federal court yesterday. According to Reuters, the suit names “Samuel Pinkus, the son-in-law of Lee’s long-time agent, Eugene Winick, who had represented her for more than 40 years. When Winick became ill in 2002, Pinkus diverted several of Winick’s clients to his own company, the lawsuit said.”

The suit says Pinkus “duped” Lee seven years ago into signing over the rights without payment. It also states that Lee has trouble hearing and seeing but has no memory of signing over anything. All these things are factors Lee and her lawyer believe Pinkus took advantage of to secure the rights.

Reuters writes, “Pinkus engineered the transfer of Lee’s rights to secure himself ‘irrevocable’ interest in the income derived from her book and to avoid paying legal obligations he owed to his father-in-law’s company for royalties that Pinkus allegedly misappropriated, the lawsuit said.”

Published in 1960, To Kill a Mockingbird celebrated a big milestone just a few years ago, which also factors in says Reuters. “Pinkus in recent years has not provided royalty statements to explain money earned by the book, the lawsuit said. The lawsuit also alleged Pinkus failed to respond to offers by publisher HarperCollins to discuss licensing e-book rights and did not respond to the publisher’s request for assistance related to the 50th anniversary of the publishing of To Kill A Mockingbird.”

Neither Pinkus or Lee’s attorney had made statements as of Reuter’s publishing.