A LEGO Minifig MMOG Is Coming Our Way 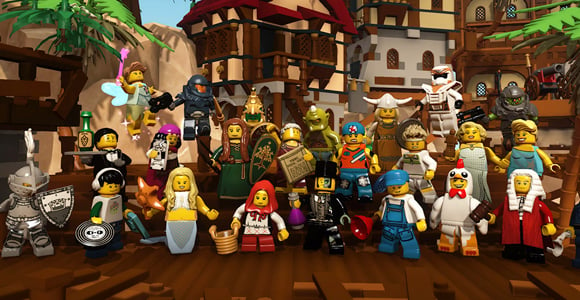 If you’re a fan of the LEGO video games, you might be interested to know a massively multiplayer online game is next. We’ve got details and a trailer after the jump!

Funcom is putting together a video game called LEGO Minifigures Online. that will expand the already successful line of licensed games like Lord of the Rings, Harry Potter, Batman, and the forthcoming LEGO Marvel Super Heroes. They write:

Get ready to meet the Minifigures! Collect them all and bring them with you on grand adventures in LEGO Minifigures Online – an epic online adventure where you get to explore colorful locations such as Pirate World, Space World and Medieval World!

Play together with thousands of other players and battle your way through monstrous riff-raff as you develop your Minifigures’ unique and powerful abilities. Smash, build and collect – thousands of exciting adventures are just a brick away in LEGO Minifigures Online!

LEGO Minifigures Online will launch for PC, iOS and Android during the second half of 2014.

But will minifigs like Wonder Woman have a place in the MMO, much like they’re guest-starring roles in the feature film, LEGO: The Piece of Resistance?

“Find, collect and play with almost one hundred different minifigures! The Ice Skater, the Chicken Suit Guy, the Roller Derby Girl, The Policeman and many, many more,” writes Funcom. “LEGO has made more than 3600 different minifigures available and Funcom will continuously keep adding more and more of these for players to collect in-game! Funcom and LEGO are working closely together to blend the physical world of LEGO with the digital one; for instance players who purchase bags containing real minifigure will immediately be able to jump into the game and play with their virtual counterparts!”

From the sound of that, I wouldn’t be surprised if licensed characters showed up down the road depending on how popular the game is. Here’s the official trailer.

LEGO Minifigures Online is aimed at kids obviously, but does it look like something you’d play?