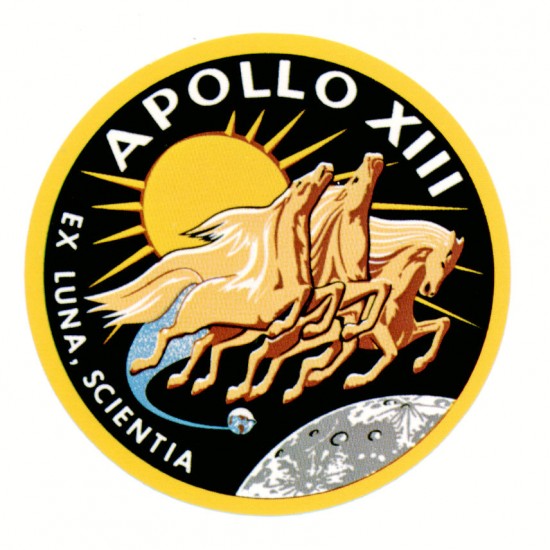 In an “ask me anything” thread on Reddit, a 97 year old man who allegedly worked on Apollo 1 through Apollo 14 made a claim that Apollo 13’s brilliant “slingshot maneuver” idea was not the work of NASA, but that of a grad student at MIT. NASA then covered the whole thing up when they found out that the student in question was “a real hippy type.” If this story is true, it completely rewrites one of the most heroic rescue efforts in United States aerospace history; many redditors, however, are calling “BS.”

Apollo 13, the seventh manned mission to the moon in the Apollo Program, launched on April 11, 1970. Aboard the command module were astronauts James Lovell, John Swigert, and Fred Haise. Approximately 56 hours after launch, one of two oxygen tanks in the service module of the spacecraft exploded and the mission was aborted. With all other abort plans deemed implausible, the flight directors in Houston, Texas decided to perform a circumlunar trajectory, or “slingshot” maneuver, making use of the moon’s gravity to return the craft to Earth. On April 17, the crew returned safely to Earth due to the unprecedented ingenuity of both the mission’s crew and the flight controllers in Houston. But is that how it really happened?

Not according to one 97-year-old man. Yesterday, Methusela1915 started a reddit thread on /r/IAmA with the help of his grandson titled, “IAMA 97 year old that worked Apollo missions 1 through 14 and knew two presidents before they were president, AMA.” There were initially a few questions along the lines of “what was it like to…” and “what do think about…” Nothing too exciting or out of the ordinary until user manutebowl2 asked, “What do you remember about Apollo 13? Did you think they would make it back?” Methusela1915 offered a peculiar response that read:

No. But they did. Jim Lovell and Tom Hanks visited here in Washington after the movie was made, and I met up with Jim Lovell again. As it happens, Jim Lovell was President of the National Eagle Scout Association, and we met at the National Press Club because they were promoting the movie. Jim recognized me from NASA. I told him that I hadn’t slept for about seven days while he was coming back.

All the engineers and everybody else at NASA in Houston were working hard at recovering the moonshot, and they were in real trouble, weren’t sure they could get it back. They got a phone call from a grad student at MIT who said he knew how to get them back. They put engineers on it, tested it out, by God it worked. Slingshotting them around the moon. They successfully did. They wanted to present the grad student to the President and the public, but they found him and he was a real hippy type – long hair and facial hair. NASA was straight-laced, and this was different than they expected, so they withdrew the invitation to the student. I think that is a disgrace.

That’s quite an assertion! Not only did NASA’s engineers, scientists, and flight personnel have to resort to using a suggestion from a grad student to return its own astronauts to Earth, it covered that fact up because they thought that the grad student was a “real hippy type.” Of course, reddit was abuzz with one question: “who was this guy?” Redditors have been searching high and low for this mystery hippy that saved the lives of three astronauts in 1970; as of yet, nothing has been found. To be honest, things are likely to stay that way.

In reality, it is extremely unlikely that a grad student from MIT dialed up the Lyndon B. Johnson Space Center and gave a team of NASA’s best engineers and scientists a lesson in the physics of a free-return trajectory. If you’re running around, trying desperately to bring three astronauts home safely after a catastrophic failure and someone comes in and says, ” Mr. Kranz, there’s a grad student on the phone who says he knows how to land the astronauts,” you wouldn’t have let that person get past the words “grad student.” Of course, this is speculation. Maybe the flight controllers had run out of options and in an act of desperation they tried this crazy idea thought up by some grad student from MIT. But, as redditor STFUTruckSimulator mentions, this idea was not all that crazy. According to page 17 of this document released by NASA in 1969, the concept of a circumlunar free-return trajectory was not foreign to NASA. The idea that no one at NASA thought of a circumlunar free-return trajectory before a grad student at MIT suggested it is very, very unlikely.

So, will this news expose a decades long NASA cover-up? Not entirely likely. Although Methusela1915 may not have been outright lying, it may not be the best idea to believe him in full.